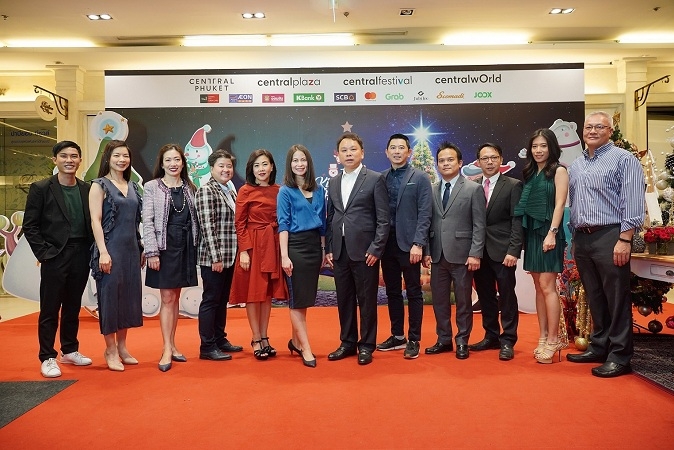 Central Pattana (CPN) and its partners announced on Tuesday (November 19) that they have spent Bt400 million to create “The Kingdom of Happiness 2020 … Where Life Celebrates” at 34 Central branches nationwide. The grand campaign is set to run from November 22 to January 6.

A host of events and promotions will be held throughout the 45 days leading up to the end of the year. Customers can expect as many as 100 events to be held nationwide. 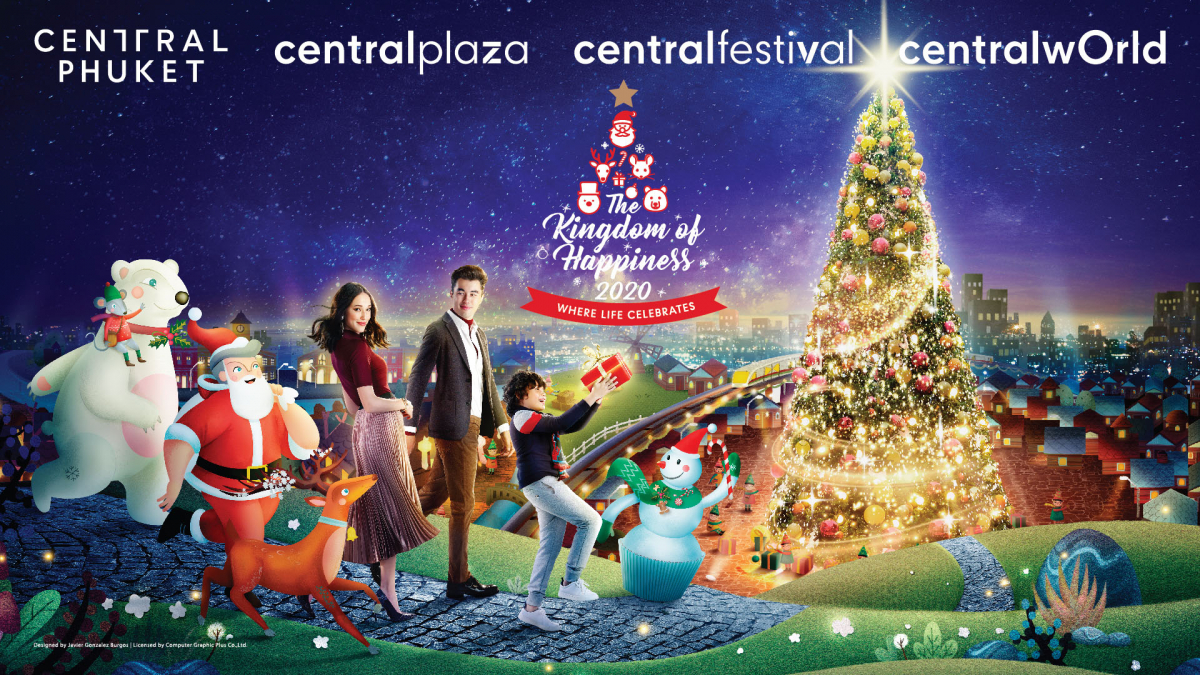 With its “Six Super Boosters” promotional scheme, CPN hopes to attract a large number of people and tourists – especially from China, India, and Russia – as it aims to boost traffic at its shopping centres by 20 per cent year-on-year.

CPN executive vice president of marketing Nattakit Tangpoonsinthana said the company envisions shopping centres to become more than just retail spaces for selling products and services, but rather “experience centres” that offer various experiences to fit various lifestyles, especially that of the younger generation who are growing every day and can create an impact on social media platforms. 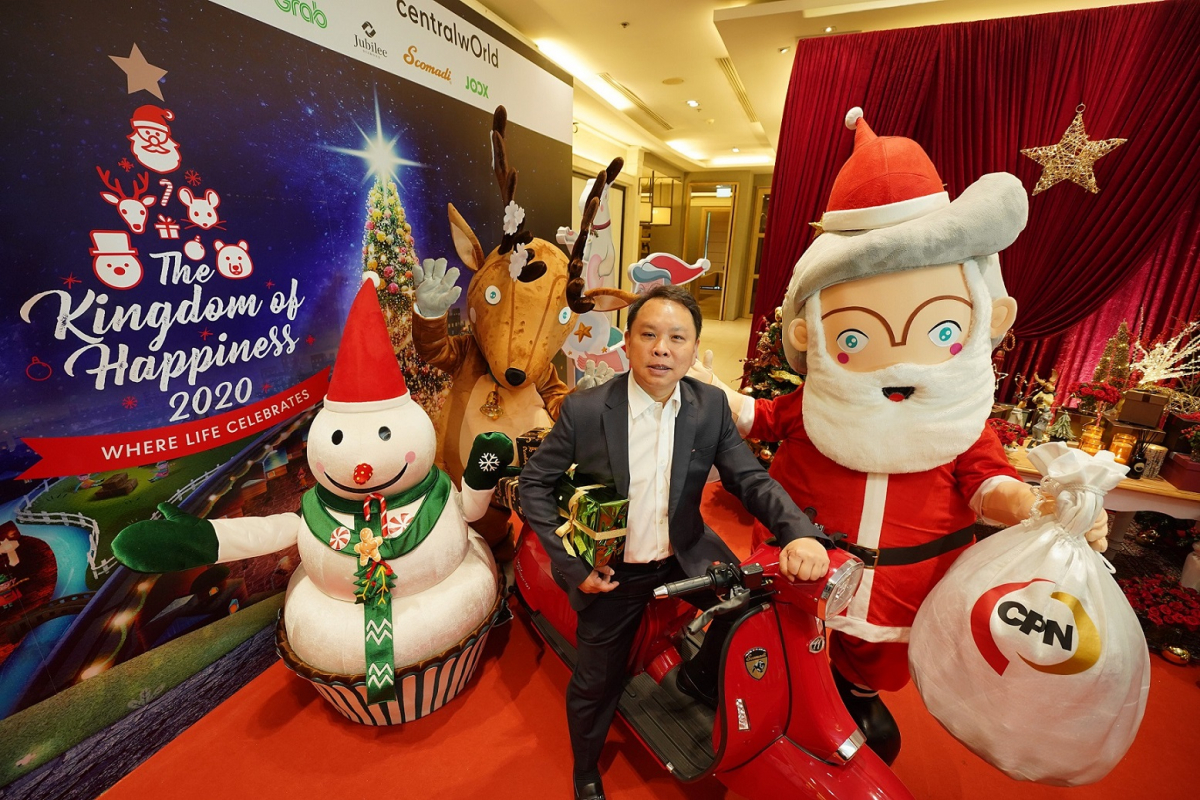 “This is why all activities and events held at CPN’s shopping centres have to integrate creativity and innovation in order to respond to the lifestyle needs of people at different times in their lives,” he said. 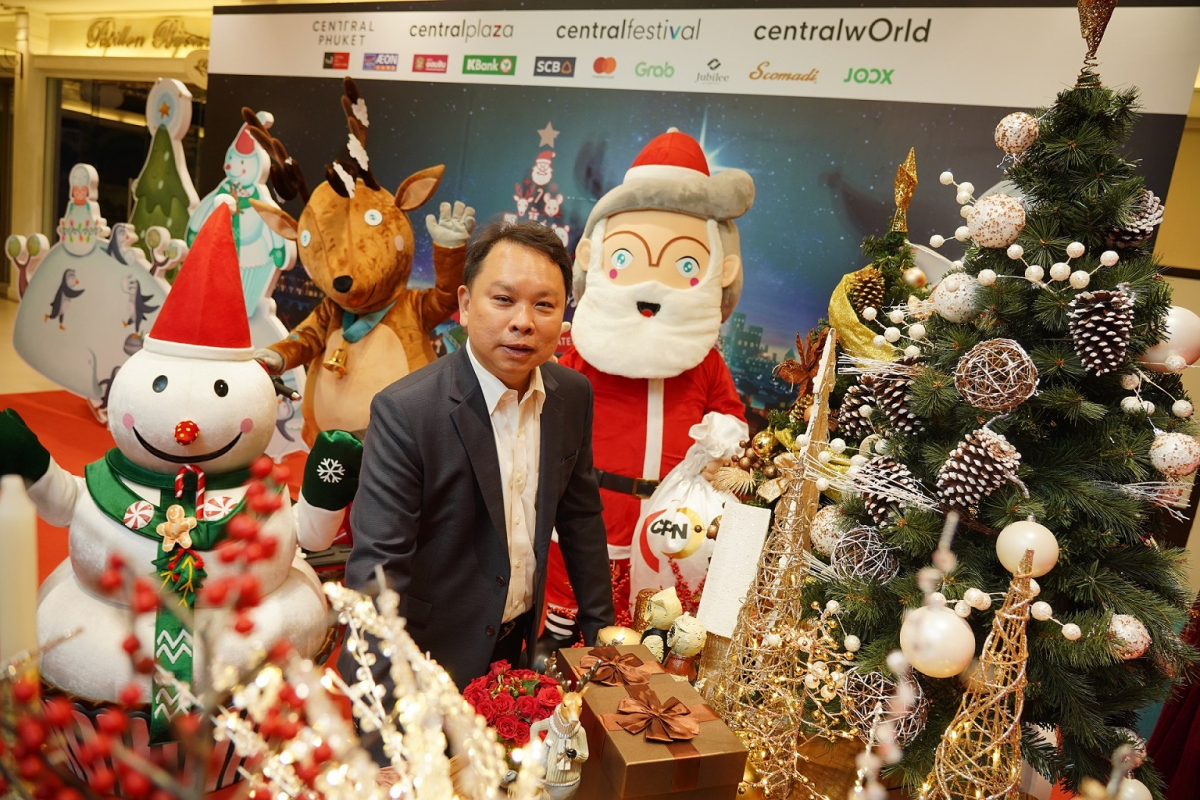 1. Being a world-class best-in-Asia festive destination by creating “life-engaged storytelling” through decorations of a quest to find missing stars in four kingdoms – The Star Lagoon, The Mystic Forest, The Market Park, and The Santa Castle. 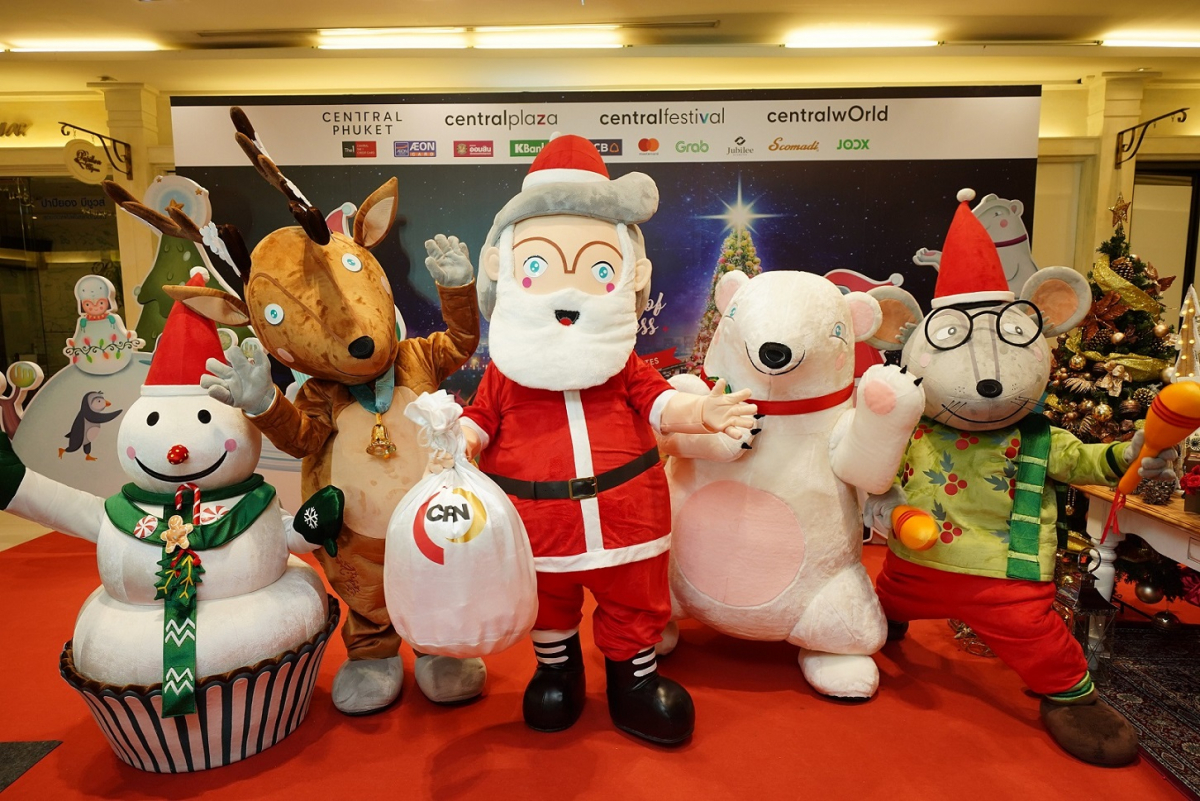 This year CPN is collaborating with world-renowned illustrator Javier Gonzalez Burgos to create adorable Christmas character sculptures for the festive decorations. CPN has also collaborated with Thailand’s leading, award-winning animation studio, Igloo Studio, to create story-telling animation that regales people with the tale of the quest to find the stars of King Santa and his four friends – Reindeer, Polar Bear, Snowy and Mighty.

“Customers who find all the stars required, and spend at least Bt1,000 will stand to win a specially designed Scomadi TT125i,” a company press release said. 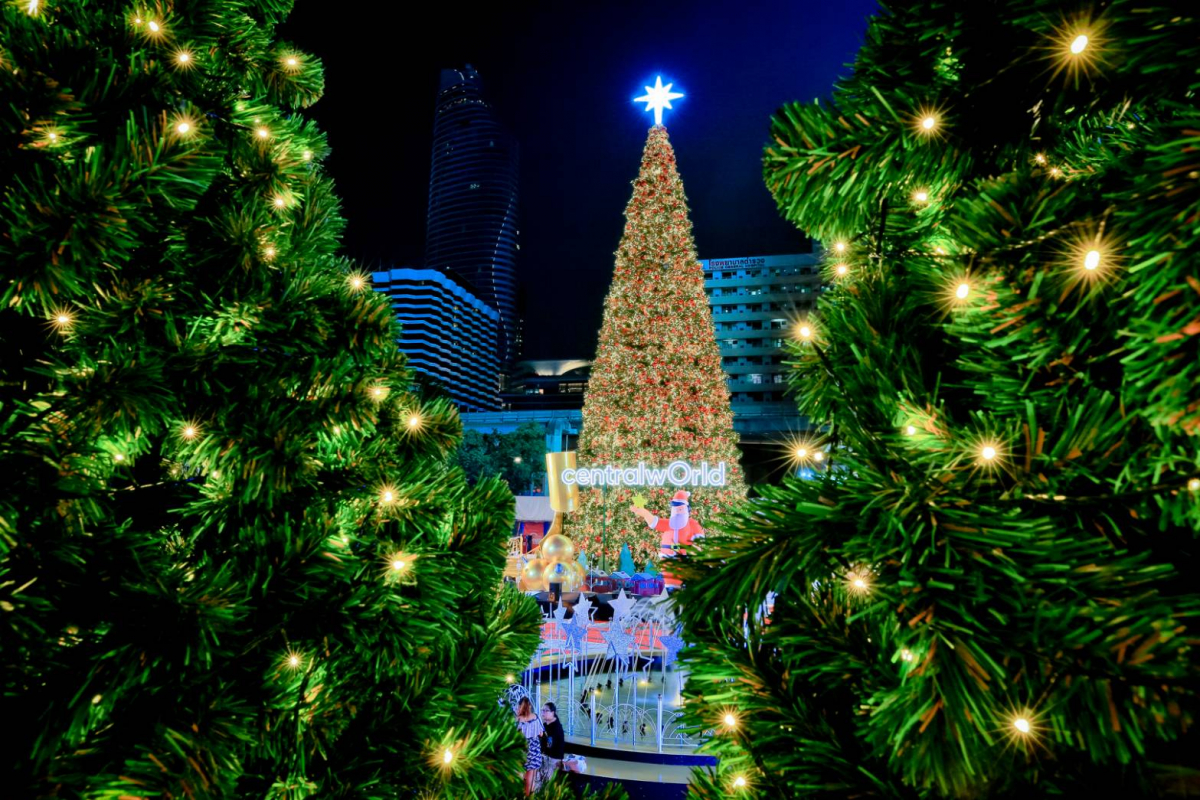 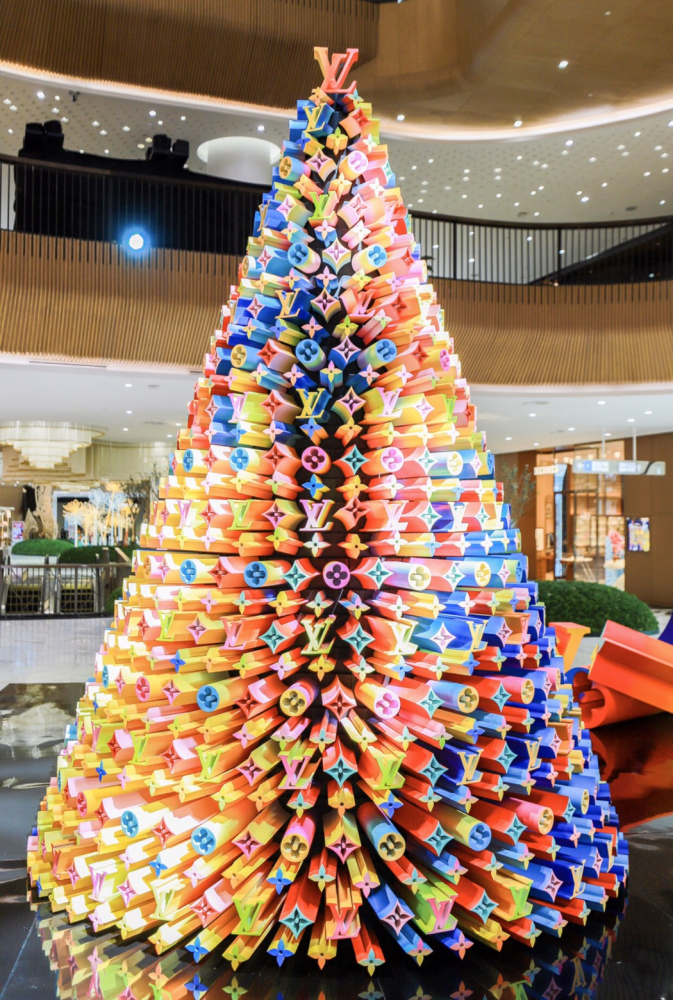 3. World-class Christmas celebrations as part of the “World of Happiness” event will see a Christmas tree lighting celebration and exciting shows on a panoramix screen, a giant 5-metre-tall Santa Claus and a parade of Santa’s friends, as well as special multi-media shows at Sq A-D in front of the shopping complex spanning more than 4,000 square metres. There will also be a Christmas carol school singing contest. 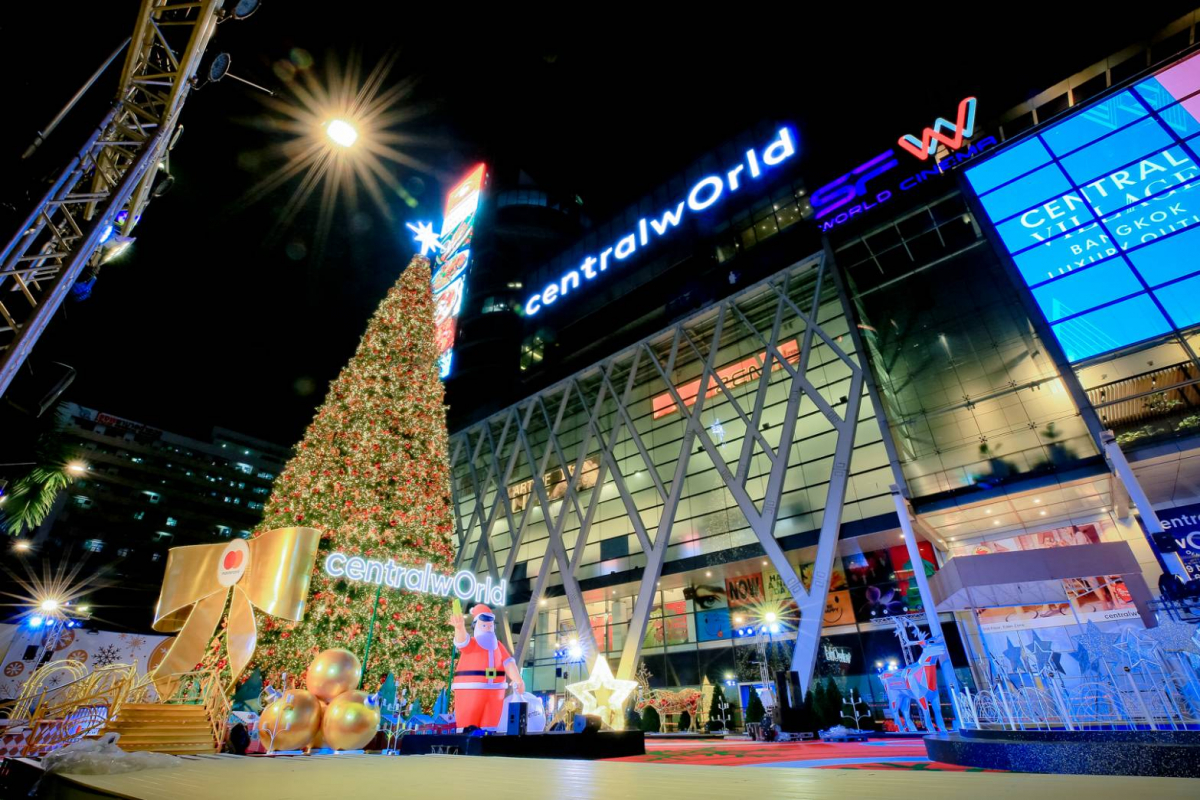 4. A Christmas Market will imitate the atmosphere of Christmas markets all over the world. A wide range of items from various brands will be available at Winter Marche @ Central World, while Giftmas 2019 will be held at Central Festival East Ville, Central Plaza Grand Rama 9, Central Plaza Lad Prao and Central Village.

5. Collectible limited items and “the biggest promotion of limited-edition blankets and cups” will be available for customers who meet spending requirements. Customers who make the top-ten list of spenders during the campaign will each receive a diamond ring from Jubilee (each worth Bt100,000), the press release said.

CPN is also joining hands with its partners to run the biggest promotion by offering up to 13 per cent cash-back rewards to members of participating credit cards such as Central The1 Card, AEON, Government Savings Bank, Kasikornbank, SCB and MasterCard.

In addition, CPN is also partnering with Grab Thailand to run a campaign from December 9 to 15 offering an Bt80 discount to customers who use the “Happy Destination” discount code when calling for Grab Premium vehicles or Grab SUVs to go to and from any of CPN’s shopping centres in the provinces.

Customers can also take part in the “Santa Gifts – Grab – Go” activity by a group of Santas from Grab Thailand, who will give Christmas presents to needy children on December 24.

6. CPN will wrap up the year with a New Year countdown at Central World and at all 11 Central shopping centres nationwide.