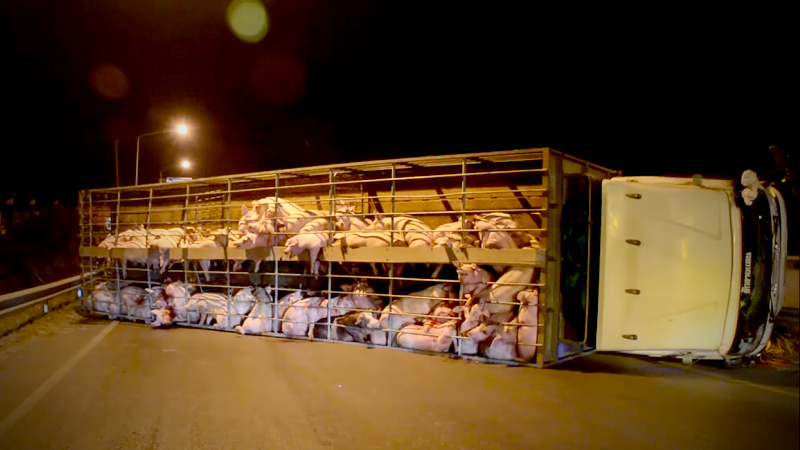 Pa Mok Police Station, Ang Thong province, was notified on November 19 that a truck transporting pigs had overturned and was blocking the traffic on the Suphan Buri - Pa Mok Road (Route 33).

Kitja Kongyot, the 35-year-old truck driver, said he was transporting 150 pigs from a pig farm in Suphan Buri province to a slaughterhouse in Prachinburi province when his front tyre exploded causing him to lose control.

The truck overturned and demolished a nearby bridge. Some 100 pigs were killed in the accident while the others were squealing in pain when police arrived at the scene.

Witnesses said the truck was going very fast before the accident. Police are investigating,