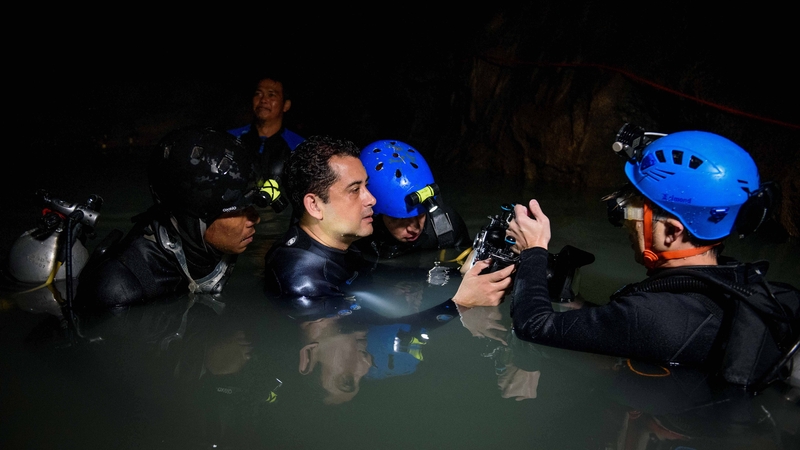 The director during the film’s shooting

The first movie about last year’s dramatic rescue operation at the Tham Luang cave complex in Chiang Rai province will be screened nationwide from Thursday (November 21).

“The Cave, Nang Non” is based on “the untold true story of the rescue mission that captivated the world”, according to the movie’s promotional poster.

“It was a real miracle that needed to be made into a movie,” Thai-Irish filmmaker Tom Waller, the movie’s director, told a press conference during the “gala premiere” event for the film held at SF World Cinema, Central World, on Monday night (November 18).

Waller said it tells the story of many unsung heroes involved in the “remarkable mission” in addition to the divers and experts from all over the world who actually took part in the operation to safely bring out the 12 young Wild Boars footballers and their coach from the flooded cave. Those heroes included local farmers who allowed their rice fields to be flooded by a massive amount of water pumped out of the cave, without asking for compensation. 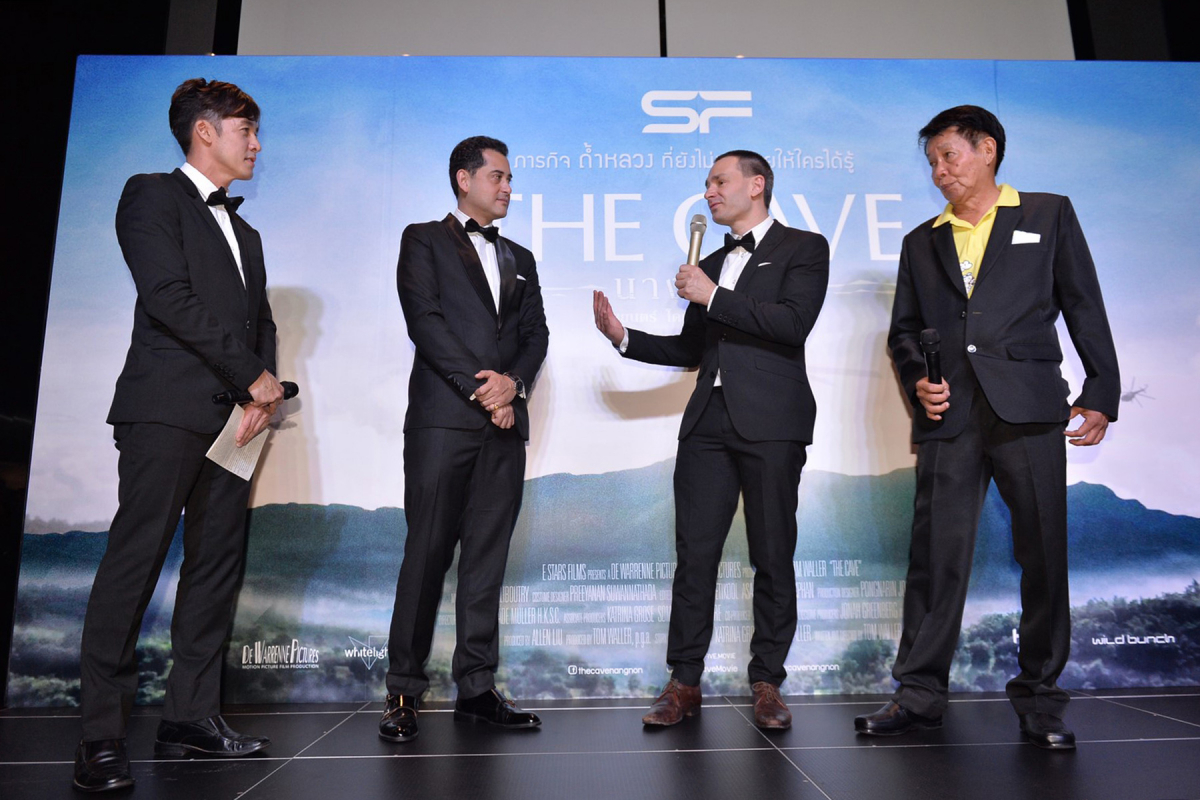 For the director, the people involved helped “create a miracle” despite all odds at that time.

For 18 days between late June to early July 2018, the dramatic developments at Tham Luang cave complex – which is part of the legend-inspiring Nang Non Mountain – managed to divert global attention away from the FIFA World Cup football tournament going on at the time.

The drama began with the 13 entering the neighbourhood cave after a routine practice and rising rainwater forcing them to head deeper into the cave – a few kilometres from the entrance. In the end, the rescue mission was successful and became, for many people, the best feel-good story last year.

“I am very proud that the first movie about the Tham Luang rescue is a Thai film,” the director said, adding that the production team was made up of Thais and many foreigners.

Waller gained much praise for directing “The Last Executioner”, a 2014 movie that is based on a true story of Thailand’s last gun executioner Chavoret Jaruboon.

A main character in his latest film is Belgian rescue diver Jim Warny, who took part in the rescue mission last year. He plays himself in the movie, which is his first.

The film’s portrayal of the cave rescue is “100 per cent real” and not dramatised, the diver pointed out.

The director said Warny, who took part in the operation to get the coach out of the flooded cave after the 12 boys were rescued, provided him with details of the mission.

In addition to Warny, many people actually involved in the Tham Luang drama also play themselves in the movie, including Finnish diver Mikko Paasi, Chinese cave diving instructor Tan Xiaolong, and former village head Noppadon Niyomka, who sent his turbo-jet “King Naga” pumps to help with the efforts to draw water from the cave. 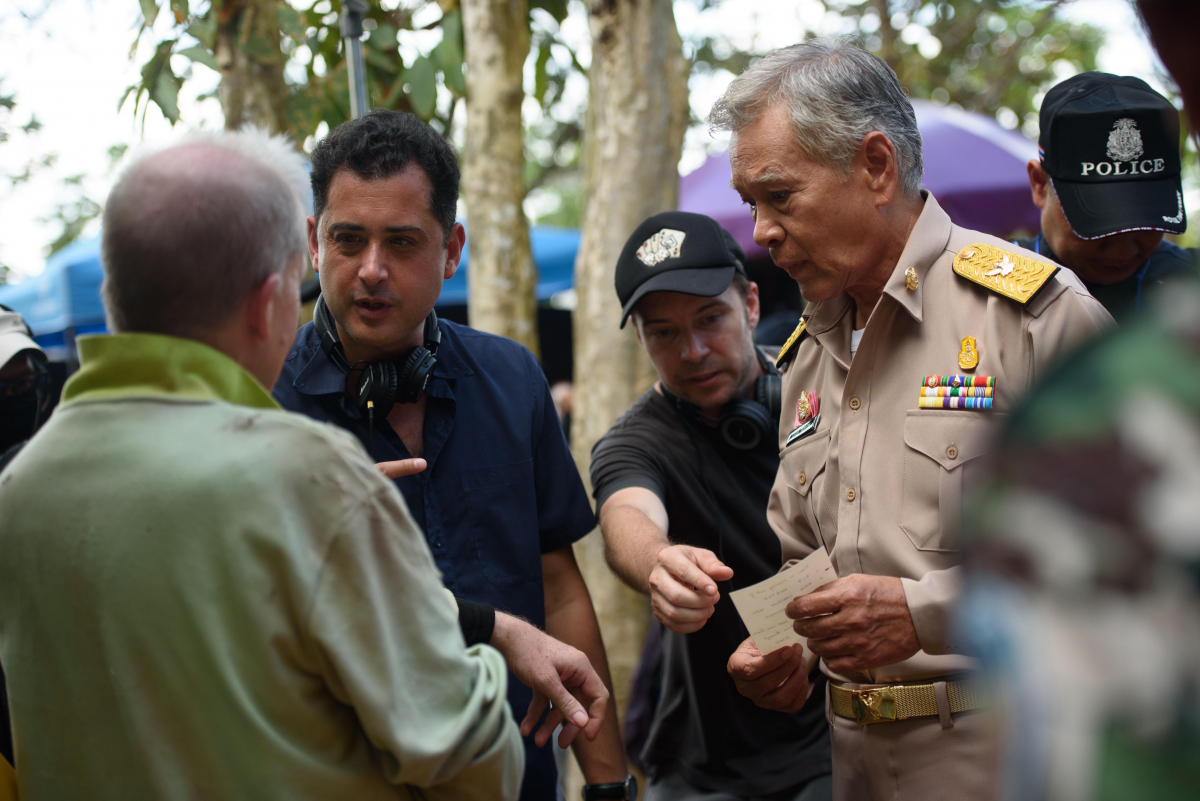 “The Cave, Nang Non” is one of half a dozen films and documentaries dedicated to the 2018 rescue mission.

The movie recounts actual events that many people who closely followed the developments were familiar with. All major developments are in the movie, including the death of former Navy SEAL diver Saman Kunan while installing oxygen cylinders along the rescue route inside the cave.

A large part of “The Cave, Nang Non” tells what happened inside the cave during the tense operation to bring all the trapped 13 out – something many people wanted to know. It was deemed too risky to have the 13 dive in the inundated sections of the cave, so they were brought out while in a sedated state or falling unconscious. This part of the rescue mission seems to be a main highlight in the movie. 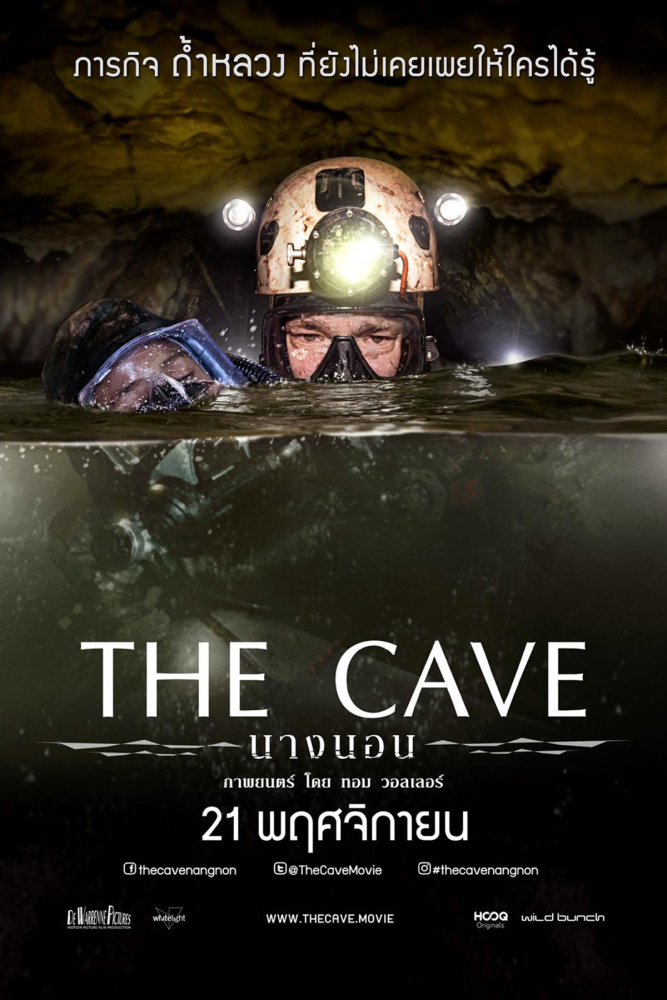