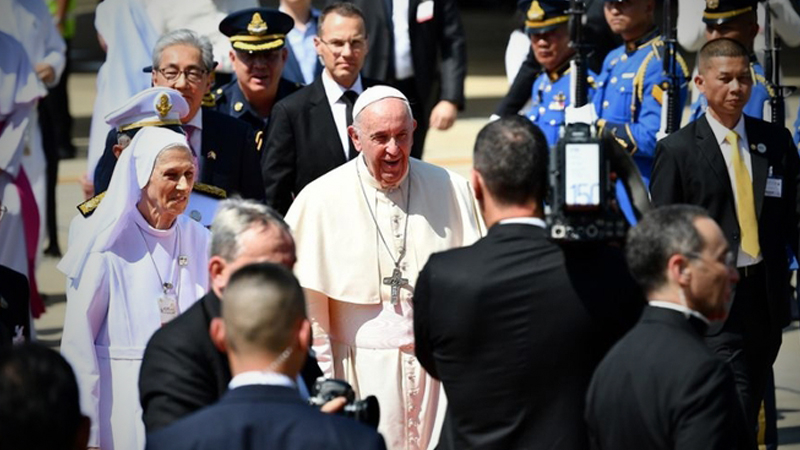 A plane carrying Pope Francis and his entourage touched down at Military Air Terminal 2 Wing 6 at Don Mueang Airport in north Bangkok about midday on Wednesday (November 20), commencing a visit coinciding with the 350th anniversary of the first papal mission to Siam. 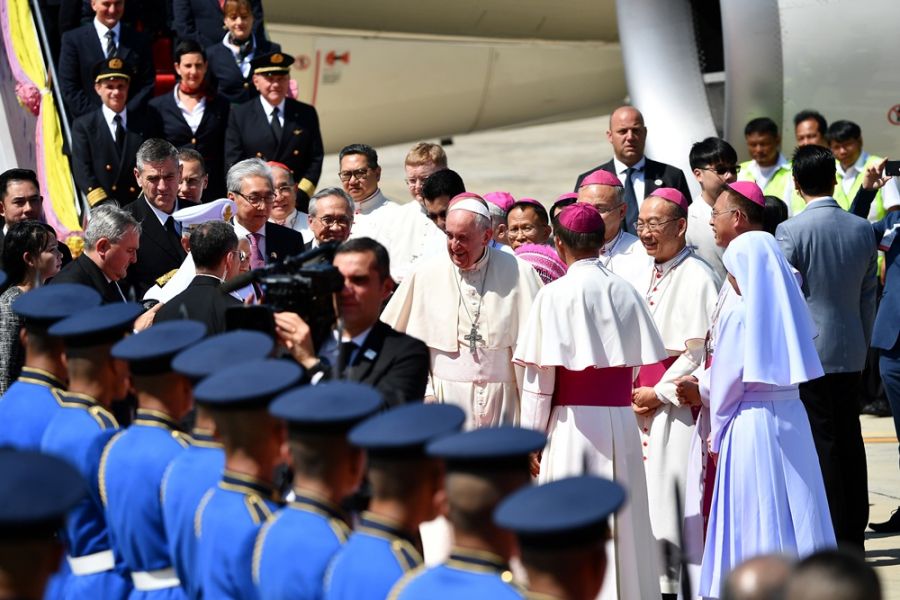 It is the first visit to Thailand by a leader of the Roman Catholic Church in 35 years.

Deputy Prime Minister Somkid Jatusripitak was at the airport to welcome the 82-year-old Argentinean pontiff, as was the pope’s cousin, Sister Ana Rosa Sivori, 77, a Salesian nun who has worked in Thai schools for more than half a century and will serve as his translator on the Thai trip. 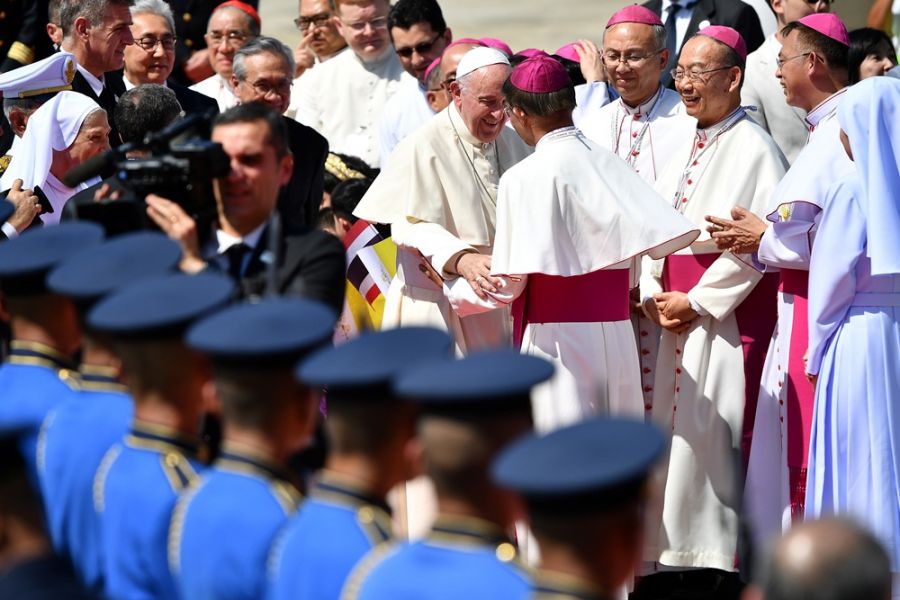 The Pope will meet Prime Minister Prayut Chan-o-cha and other officials at Government House at 9am on Thursday, followed by an audience with representatives of civil society and the diplomatic corps.

At 10am he will be taken to Wat Ratchabophit Sathit Maha Simaram to meet the Supreme Patriarch, Somdet Phra Ariyavongsagatanana IX, head of the Buddhist faith in Thailand.

At 5pm Pope Francis will have a private audience with Their Majesties the King and Queen and at 6pm preside at a public mass at Supachalasai National Stadium. 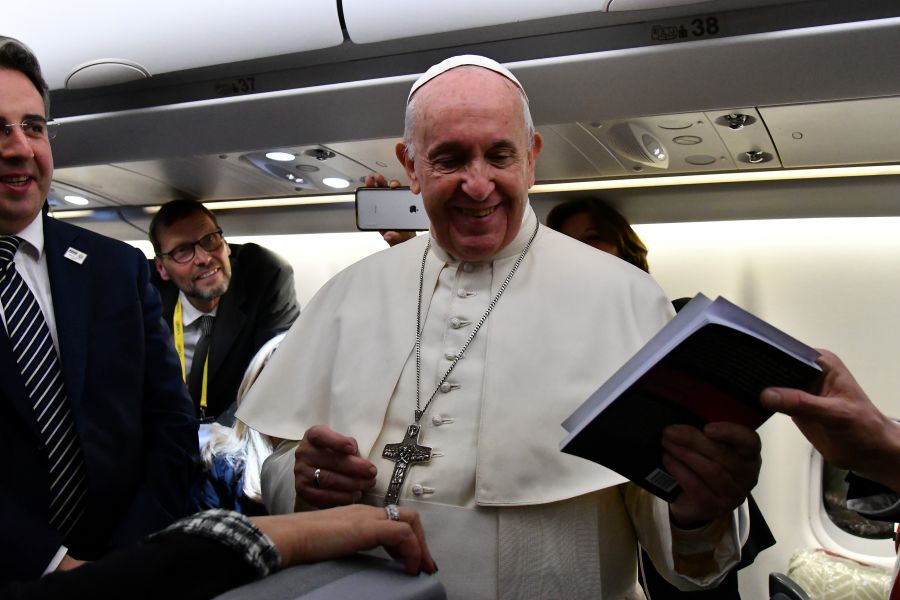 Friday will see the Pope meeting separately with priests and seminarians at St Peter’s Church, then with the bishops of Thailand, and then with members of the Society of Jesus.

A meeting with leaders of other Christian denominations at Chulalongkorn University and a mass with young people at Assumption Cathedral are set for the afternoon.

The pontiff will depart via Don Mueang on Saturday at 9.30am and fly to Tokyo. In Japan he will also visit Nagasaki and Hiroshima and is expected to deliver a strong condemnation of nuclear weapons of the type that destroyed those cities at the end of World War II.