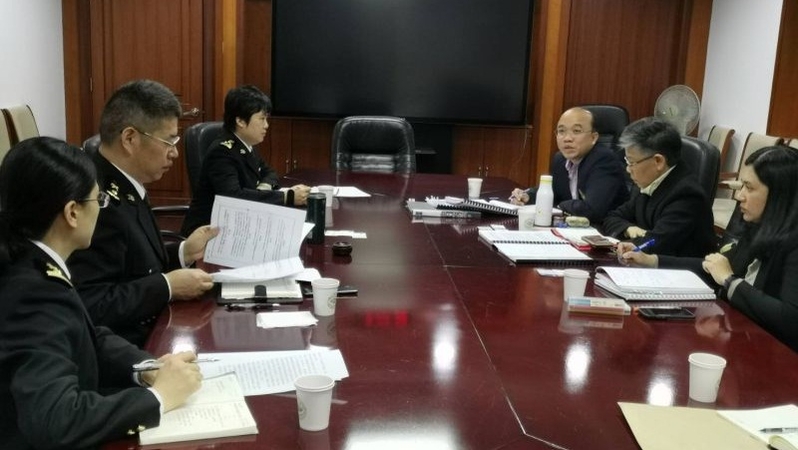 Thai officials held successful talks with their Chinese counterparts to reduce obstacles faced in the export of Thai vegetables.

The Department of Agriculture, together with representatives from the National Bureau of Agricultural Commodity and Food Standards held talks with the Chinese inspector of Bureau of Import and Export Food Safety at General Administration of Customs China (GACC),

Sermsuk Salakphet, DOA director-general, said on Wednesday (November 20) that "Presently there are numerous vegetables which Thailand cannot export to China due to the country’s new rule, which states that vegetables and fruits exported to China must pass a risk analysis process before import is allowed,” Sermsuk explained.

"This time, Thai officers discussed with the Chinese officials about several vegetables that Thailand wants to export, such as basil and corn, which previously could be exported before the new rule came into effect."

Sermsuk added that both Thai and Chinese officers were able to find a joint solution for the export problem in these negotiations.

“Chinese officers informed that they will hurry to consider imports of vegetables whose exports were previously allowed,” she added. “The DOA will make the list of vegetables imported by China before and import information for China’s consideration.”

There are also new vegetables Thailand wanted to export like bitter melon. China appreciated the proactive work of Thai officers in resolving the problems, asking both parties to discuss solutions on sanitation and phytosanitation problem under scientific principles.