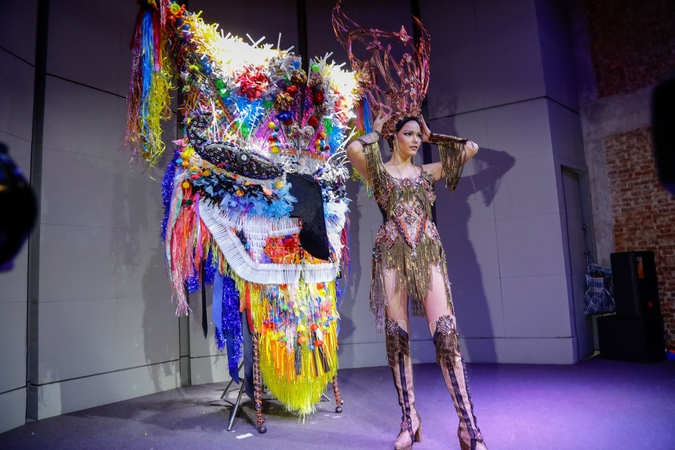 Designer Alongkorn Kongin has attempted to capture the eye-popping spectacle of the Phi Ta Khon Festival – the annual Ghost Festival – in a form-fitting short dress of copper-clad aluminium wire arranged in a distinctly Thai art pattern.

That’s topped with a 70-centimetre hat made of the same material. 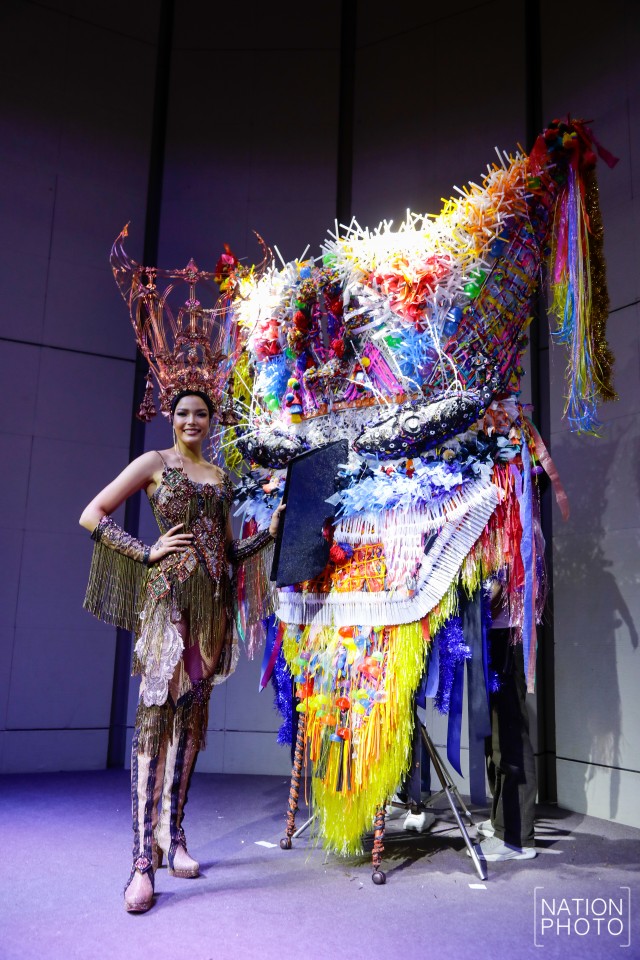 Much of the colour of the ensemble comes from a huge phi ta khon mask that Paweensuda will carry, made of used plastic bags and other recycled material collected by her fans.

The mask, Alongkorn said, presents liveliness and fun, while the short dress reflecting the light bears an undeniable grace. 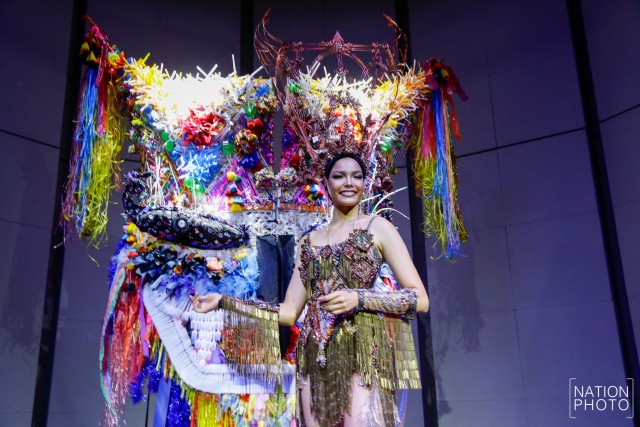 Paweensuda said she is delighted to promote the Phi Ta Khon Festival held each summer in Loei’s Dan Sai district, which she visited to discover the origins and meaning of the celebration.

Paweensuda will fly to the United States on November 22, ready for the Miss Universe pageant being televised on December 8 from Atlanta’s Tyler Perry Studios.