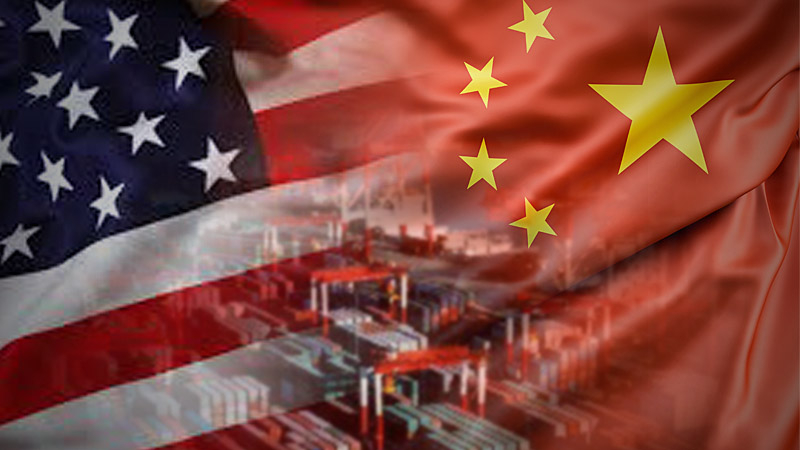 Nearly six weeks after claiming he had agreed "in principle" on a partial trade deal with China, President Donald Trump suggested on Wednesday that the agreement might not be finalized this year because of Chinese foot-dragging.

Trump's comments, made while touring an Apple supplier facility in Texas, came as investors appeared to be growing impatient with his inability to deliver the promised accord.

Asked by a reporter if the deal would be completed this year, the president said: "I haven't wanted to do it yet because I dont think they're stepping up to the level that I want."

After nearly a year of bargaining, negotiators remain stuck on several core issues, including the extent of Chinese commitments to buy American farm products and U.S. willingness to reverse its tariff plans.

The president did nothing Wednesday to dispel the uncertainty shortly before leaving for a trip to Texas where he planned to tour a factory that makes Apple Mac Pro computers.

"We continue to talk to China. China wants to make a deal. The question is: Do I want to make a deal? Because I like what's happening right now. We're taking in billions and billions of dollars," Trump told reporters in a misleading reference to his tariffs on Chinese products, which are overwhelmingly paid by American companies.

Privately, Trump is more eager to announce a finished agreement and is being counseled by his trade advisors to lower his expectations, according to a senior administration official who requested anonymity to describe internal deliberations.

The Dow Jones Industrial Average sank nearly 200 points in midday trading following a Reuters report that the so-called "phase one" deal might not be finished this year, a risk the president already had acknowledged on Nov. 8.

"Understandably, the longer the talks drag out, the more investors are concerned that there will never be a resolution to the tariff dispute," said Andy Rothman, an investment strategist with Matthews Asia in San Francisco. "But I don't see any evidence that Trump has changed his mind about the importance of doing a deal, so I think it will get done."

The White House, meanwhile, pushed back on speculation that the deal is unraveling. "Negotiations are continuing and progress is being made on the text of the phase-one agreement," spokesman Judd Deere said in an emailed statement.

As the trade talks have dragged on, however, the diplomatic task has grown only more complex. Congressional ire over the treatment of anti-government protestors in Hong Kong and Beijing's repression of the Muslim majority in Xinjiang province are crowding the trade agenda.

Vice President Mike Pence earlier this week warned that it would be difficult to reach a trade agreement if Beijing violently suppressed the Hong Kong protests, which are in their sixth month.

Likewise, a bipartisan group of House and Senate members introduced legislation last week that seeks to punish China for its crackdown on Xinjiang's Uighur Muslims. Chinese authorities have detained more than 1 million Uighurs in government re-education camps, according to U.S. officials.

Beijing has bristled at the criticism, saying the crackdown was needed to quell separatist violence in the far western province.

The president on Oct. 11 called reporters to the White House to hear him proclaim "an agreement in principle" had been reached with China. Trump cancelled a planned tariff increase scheduled for later that month in return for what he called "a very substantial phase one deal."

The president said China had agreed to roughly double its annual purchases of U.S. farm goods to more than $40 billion; open its financial services market; tighten its intellectual property protections; and refrain from using currency as a trade weapon.

"They're very close, but getting that last two to three percent is proving tough," said one person who has been briefed by negotiators for both sides, but was not authorized to speak to reporters.

Plans for the American and Chinese presidents to sign the deal at a mid-November Asian-Pacific summit collapsed when the host government in Chile cancelled the meeting amid a wave of domestic unrest.

The next potential deadline that could force a compromise is Dec. 15, when Trump's next round of tariffs is scheduled to hit about $160 billion in Chinese goods. Those tariffs are expected to disappear if a deal is reached, according to sources familiar with the talks, who asked for anonymity because they were not authorized to speak to the press.

But Chinese officials want the U.S. to agree to a road map that would eventually eliminate all of the tariffs Trump has imposed since the trade war began last year.

Tariffs were a key consideration for Apple, when it opted to build its next-generation Mac Pro computers in the Flextronics plant in Austin, Texas, which Trump toured on Wednesday. Locating the work in the U.S. was possible only because the company secured exclusions from the president's tariffs for several key parts.

A Flextronics worker showed the president, his daughter Ivanka and Treasury Secretary Steven Mnuchin the Mac Pro's metal bottom, which reads: "Designed by Apple in California. Assembled in USA," according to a pool report.

Trump held up the part to display the inscription and said: "That's what we want."

The prolonged talks, however, have left scores of U.S. companies uncertain about their future sourcing plans. Depending upon the fate of the negotiations, the administration could remove some or all of the tariffs on Chinese products. The president has also threatened to sharply increase the existing levies if the talks fail.