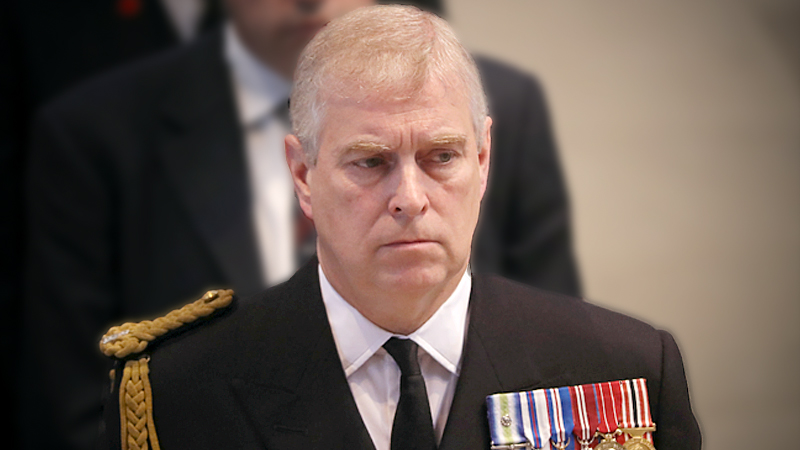 LONDON - After a disastrous interview about his relationship with sex offender Jeffrey Epstein, Prince Andrew announced Wednesday that he is quitting his public duties "for the foreseeable future."

Essentially, the Duke of York will now go dark - as sponsors of some of the 200 charities he endorses had already begun to abandon him, concluding that he no longer casts a royal glow but controversial shade.

In a statement issued Wednesday, Andrew, the second son of Queen Elizabeth II said: "It has become clear to me over the last few days that the circumstances relating to my former association with Jeffrey Epstein has become a major disruption to my family's work."

Andrew said, "I have asked Her Majesty if I may step back from public duties for the foreseeable future, and she has given her permission."

He added: "I continue to unequivocally regret my ill-judged association with Jeffrey Epstein. His suicide has left many unanswered questions, particularly for his victims, and I deeply sympathise with everyone who has been affected and wants some form of closure."

The 59-year-old prince had been criticized for not expressing sympathy for Epstein's victims in his open-ended, hour-long interview with the BBC that aired Saturday, intended by the prince to put the controversy to rest. In that interview, he also claimed to have "no recollection" of meeting Virginia Roberts, now Virginia Giuffre, who says that she was groomed by Epstein to have sex with Andrew on three occasions. Andrew "categorically" denied having sex with her.

The duke was also asked why he spent four days at Epstein's home in New York in 2010 - a period after Epstein had been behind bars for two charges of felony prostitution. Andrew said he went to break off the friendship, and Epstein's home was a "convenient place to stay."

He also said that "at the time I felt it was the honorable and right thing to do, and I admit fully that my judgment was probably colored by my tendency to be too honorable, but that's just the way it is."

After that 2010 visit, when a photo of Andrew and Epstein strolling in Central Park provoked public furor, Andrew quit as a trade envoy for the United Kingdom.

The relationship received further scrutiny this year after Epstein was arrested in July on sex trafficking charges, after court documents were unsealed in a related defamation case, and after the financier hanged himself in prison in August.

The matter has dominated news in Britain for days - even amid a pivotal election campaign.

On Wednesday, Andrew said of Epstein's victims: "I can only hope that, in time, they will be able to rebuild their lives."

"Of course, I am willing to help any appropriate law enforcement agency with their investigations, if required," he said.

Andrew's ties to Epstein have dominated news in Britain for days - even amid a pivotal election campaign.

On Wednesday morning, BT, the British telecommunications company, said it would no longer work with IDEA, the duke's Inspiring Digital Enterprise Award, which enables people to earn digital badges for technical skills they learn.

BT followed a number of other organizations - KPMG, Standard Chartered, Aon, the University of Huddersfield, Outward Bound, the English National Ballet, Bond University in Australia - that suggested they were cutting ties or reviewing their relationship with the embattled prince.

On Tuesday, the "supporters" page on the prince's flagship initiative [email protected], read "page not found."

The monarchy has endured - and bounced back - from scandal before. The queen memorably dubbed 1992 her "annus horribilis" after Andrew and Sarah Ferguson separated, Prince Charles and Diana's marital difficulties were plastered across the tabloids, and a fire broke out at Windsor Castle.

Still, it's extraordinarily rare for a senior royal to step back from public duties in this way.

In his Wednesday statement, Andrew struck a very different tone from only a few days earlier, saying of Epstein's victims: "I can only hope that, in time, they will be able to rebuild their lives."

He also went further about possibly assisting with an active FBI investigation of Epstein.

"Of course, I am willing to help any appropriate law enforcement agency with their investigations, if required," he said.