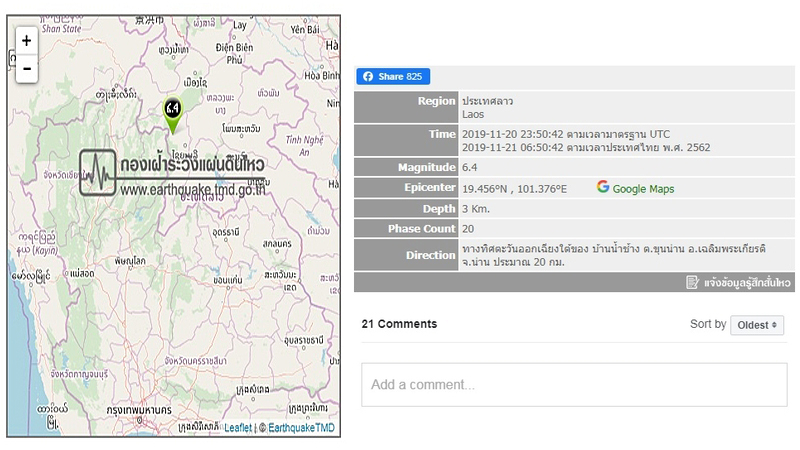 A 6.4-magnitude earthquake hit Laos at a depth of 3 kilometres on Thursday morning (November 21). The epicenter was 20 km southeast of Khunnan sub district, Chaloem Prakiat district in Nan province.

The Earthquake Observation Division of the Thai Meteorological Department said the quake occurred at 6.50am with a 20-phase count. The division reported that the quake was felt by residents of many adjacent provinces including Loei, Chiang Mai, Khon Kaen, Chiang Rai, Phrae, Kalasin, Lampang and Udon Thani.

According to the Division’s online message board, citizens residing in tall buildings reported that they distinctly felt the shaking, while some reported being dizzy and nauseated from the vibration.

Twitter users also reported that they felt the vibration in Bangkok, including Muang Thong Thani, Chaeng Wattana, and Viphavadee-Rangsit roads

There have been no reports of damaged buildings or casualties.