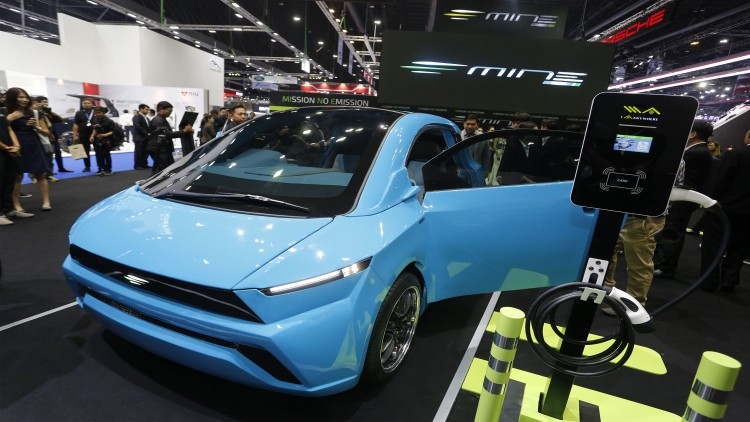 Surapong Paisit-Pattanapong, vice chairman of the Federation of Thai Industries (FTI) and spokesman for the FTI’s Auto Industry Group, revealed on Thursday (November 21) that the FTI has adjusted the estimate for motorcycle manufacturing in 2019 downwards by 40,000 units to 2.1 million units, though this is still 1.79-per-cent higher than last year’s estimate.

As for car manufacturing, FTI estimates that this year the domestic and export manufacturing will stand at 1 million units each. “Statistics from the past 10 months [January-October 2019] indicate that we have produced 1,725,414 cars, which is 4.21 per cent lower than in the same period of last year,” he said. “Manufacturing for export stands at 898,588 units, a 6.55 per cent decrease over 2018, with estimated export value of Bt469 million, a 6.08 per cent decrease from last year.”

“Meanwhile, manufacturing for domestic sales is at 826,826 units, a 1.53 per cent decrease from last year,” he said. “Total domestic sales stand at 838,968 units, a 0.7 per cent increase from last year. This minimal growth is due to stricter criteria imposed on auto leasing providers and the flooding in many parts of Thailand earlier this year that caused the auto market to slow.”

In October 2019, Thailand’s auto manufacturing stood at 152,787 units, a 22.52 per cent decrease over the same period last year. “Last month’s huge drops came from decreasing export, as trade partners are suffering from an economic slowdown as a result of US-China trade war,” Surapong added.