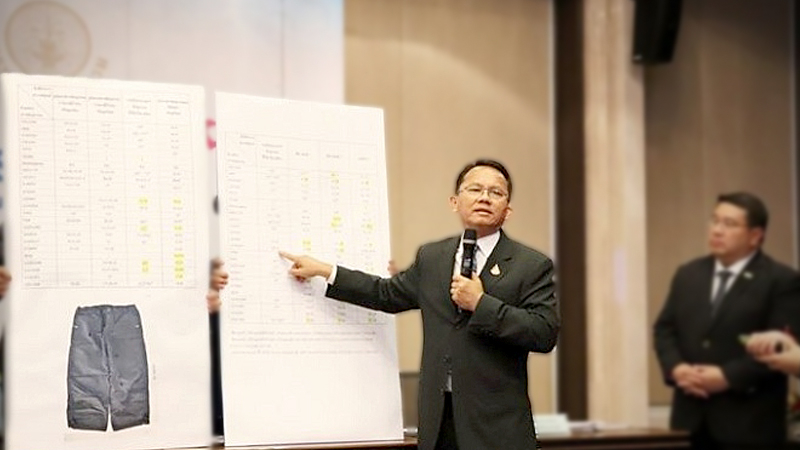 DNA collected from the sisters and son of the suspect in the murder of 25-year-old Japanese tourist Tomoko Kawashita who was found dead in the Sukhothai Historical Park area on May 25, 2007, indicates that the suspect, who remains unnamed and has since died, was guilty, Justice Minister, Somsak Thepsutin announced on Wednesday (November 20).

The Institute of Forensic Science used a new method for collecting DNA from the crime scene, as well as a new reagent on the victim’s clothes, which revealed a large amount of the suspect’s DNA. This was then compared with DNA collected from the suspect’s older sister and son, with the test finding 10 matches with the sister and seven with the son. The institute will now focus on the examination of mitochondrial DNA and male chromosome genetic material from the suspect’s father, a process likely to take approximately one month.

“The DNA from the suspect’s relatives matched that of the DNA collected from physical evidence in the case but we were unable to test that of the suspect himself as he was cremated,” Somsak said. “Even if we are unable to close the case at this stage, our investigation will go to the very end. We have no problem with the authorities from Japan joining us for the DNA testing if they so wish and we confirm that the Thai government has not abandoned this case.”

Justice Minister said that 41 scientific tests have been undertaken, 29 of them based on physical evidence, and 330 people have been investigated.

“The DNA collected from the victim’s clothes is not complete because humans have 23 pairs of chromosomes, but we can collect only three pairs of complete DNA,” he said. “In addition, we found other people’s DNA which may be from friends or people who are not involved with the case.”