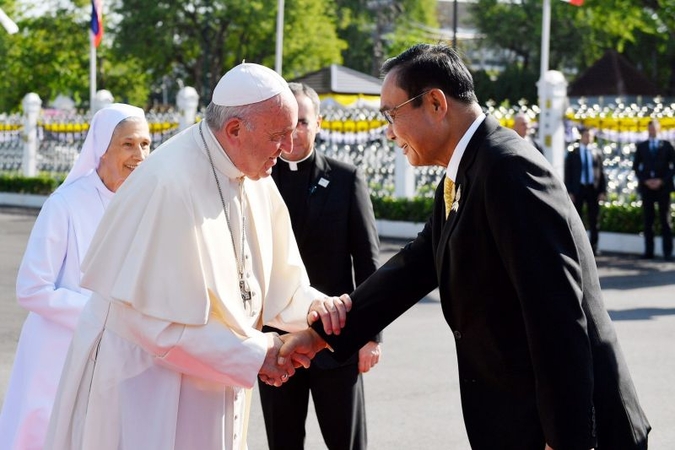 His Holiness Pope Francis arrived at the Government House at 9am this morning (November 21) where he was welcomed by Prime Minister Gen Prayut Chan-o-cha along with ministers and high-ranking officers. His Holiness signed the official guest book and exchanged souvenirs with the PM. 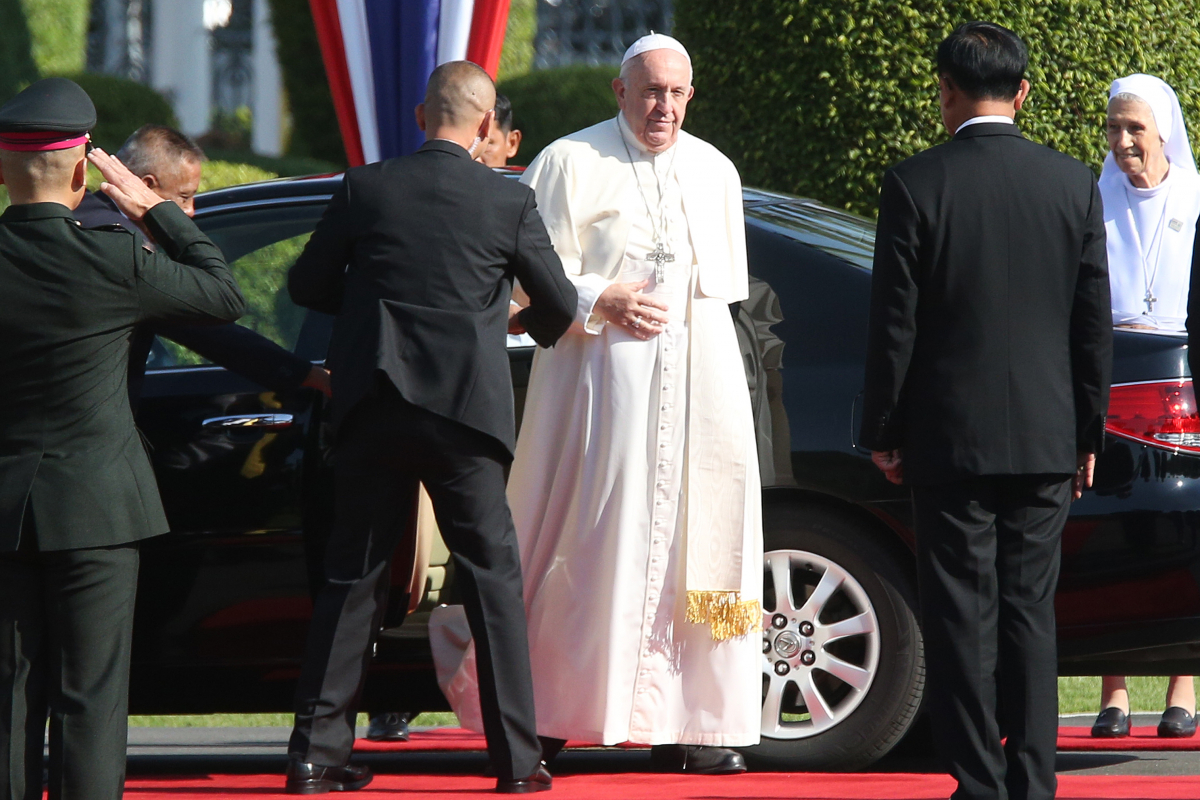 The Prime Minister said that the government was honoured by the papal visit, noting that this year marked the 350th anniversary of the first missionaries coming to Siam, as Thailand was known then, and the 50th anniversary of the Thai-Vatican relationship. Prayut also praised His Holiness for his mission to encourage harmony, human resource development and environment conservation, promote peace, and decrease poverty and reduce inequality. 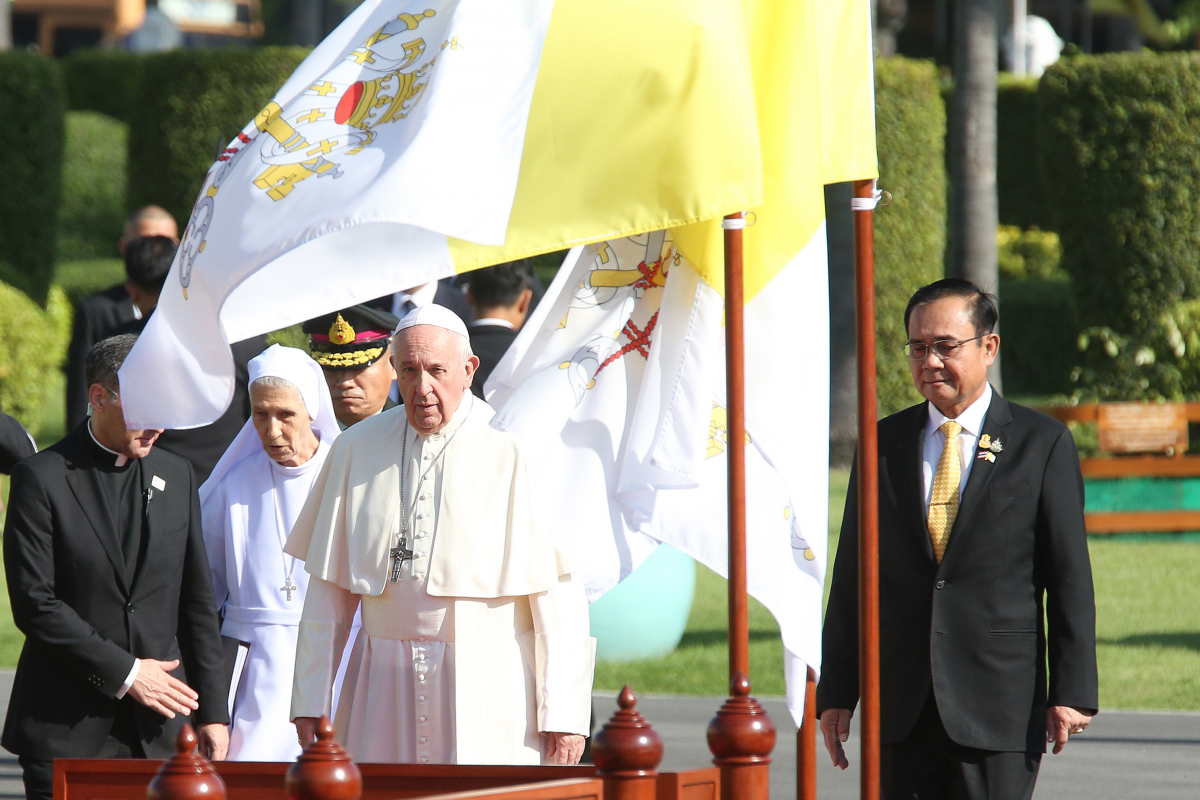 The Prime Minister said Thai policy had long been based on the philosophy of the sufficiency economy according to the royal initiatives of His Majesty the late King Bhumibol Adulyadej the Great as used this as the guidelines for the country's economic and social development. In 2019, Thailand, as chair of Asean, had collaborated with partner countries to promote sustainable development society across all dimensions. During the 35th Asean Summit, the bloc’s members agreed to strengthen cooperation in accordance with issues that are in line with the Pope's vision, including poverty alleviation, reducing development gaps, human capital development, environmental protection, marine waste reduction, alternative energy development, and appropriate migration support. The PM added that he believed Thailand and Vatican City would work closely together in both bilateral and international frameworks. His Holiness thanked Prayut thanks for the warm welcome and praised Asean as a symbol of cooperation to solve problems in the region especially current global problems that affect all parts of the world. As Thailand has a diverse culture, it recognises the unity and peaceful coexistence among ethnic groups and shows respect and acceptance of differences that inspire everyone who wishes to create a different world to give as a gift for next generation 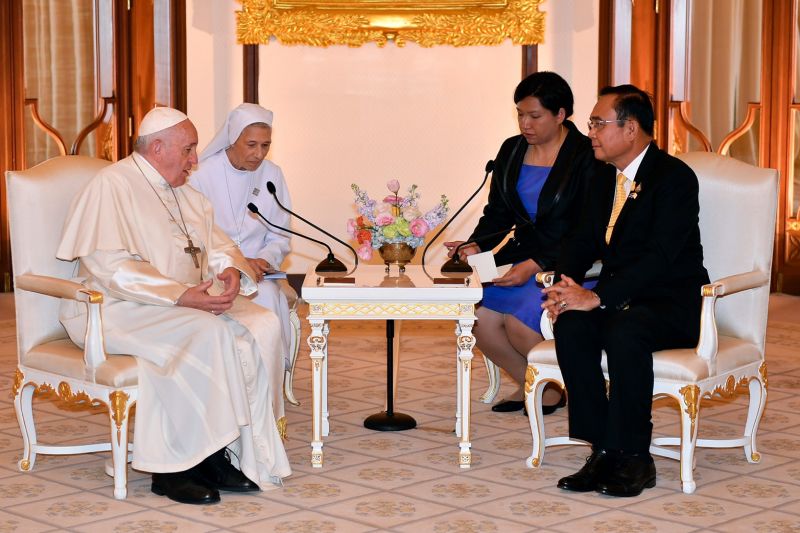 The Pope added that he appreciated the establishment of the Ethics and Social Committee which brings together representatives from various religions nationwide. In his context, the Pope will have an audience with the Supreme Patriarch of Thailand to underline the importance of friendship between religions. 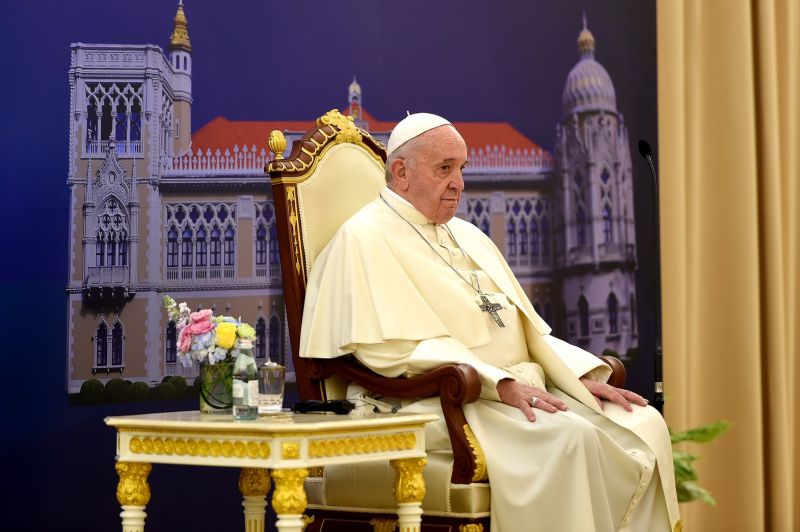 He also spoke about the crisis of migration and repeated his call to the international community to support and solve problems that push people to escape from their countries and to promote safe migration. He said he hoped that every country will establish mechanisms to protect the rights and dignity of migrants and immigrants. Pope praised the Thai government for solving the problem of violence and labour in children and women. This year marks the 30th anniversary of the “Convention on the Rights of the Child”, which is a great opportunity for Thailand to deliberate on the future of a new population. 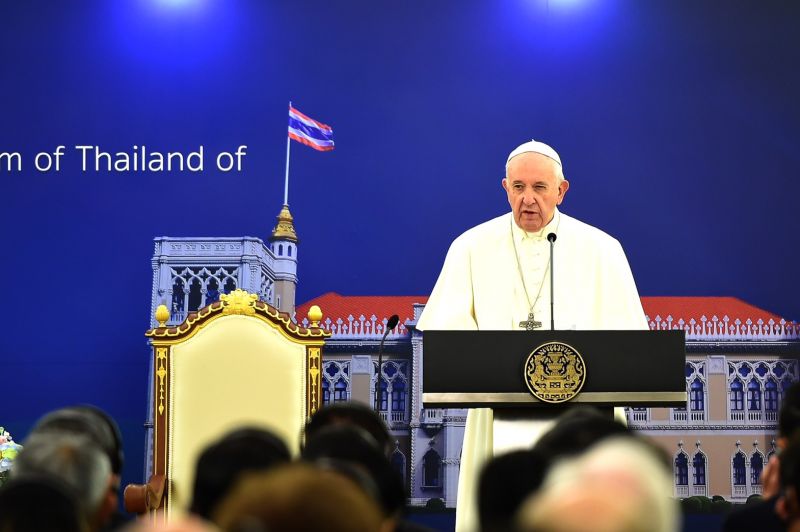