Pope Francis, head of the Roman Catholic Church, had his scheduled meeting with the Supreme Patriarch, head of the Buddhist faith in Thailand, at 10am on Thursday (November 21). 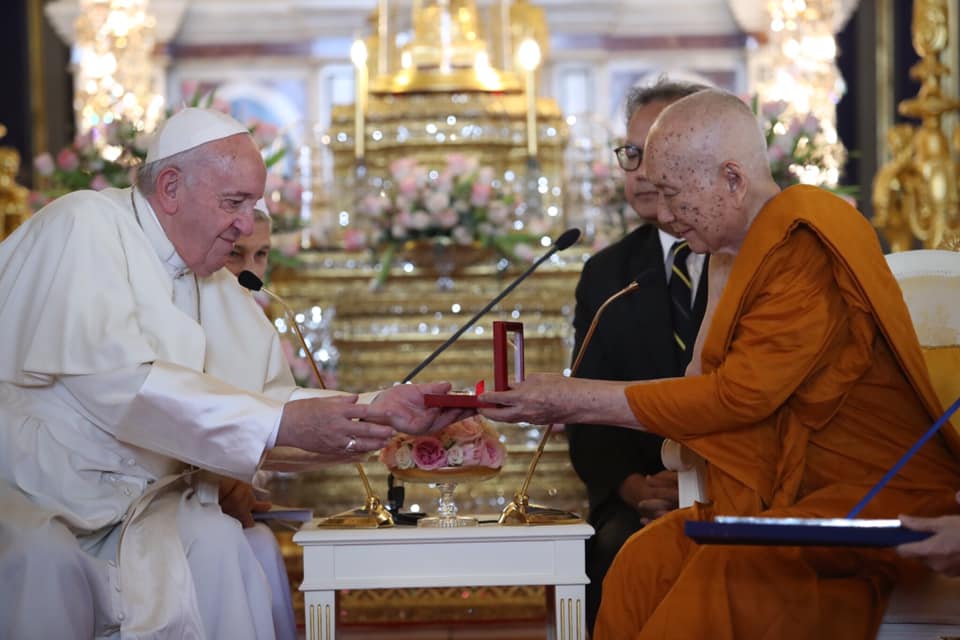 The Supreme Patriarch reminded Pope Francis that the last papal visit to Thailand was made by John Paul II in 1984 – 35 years ago – specifically to thank the Thai people for accepting refugees from the Indochina conflicts in neighbouring Cambodia, Vietnam and Laos.

Noting that Thailand and the Vatican have enjoyed a long and warm relationship, the Supreme Patriarch said he regarded this visit as welcoming an old friend rather than a new acquaintance. 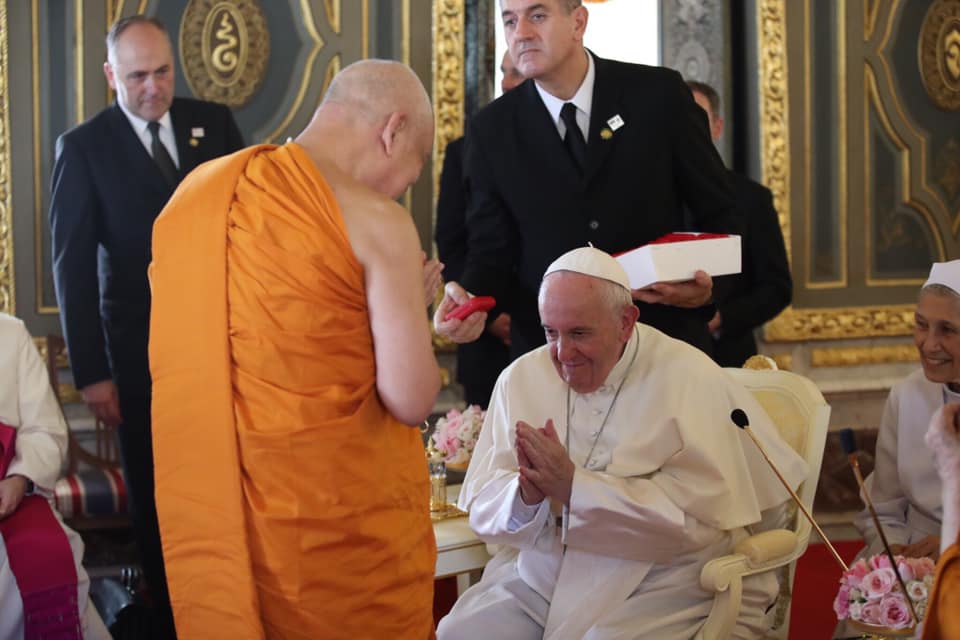 He said he would offer prayers for Pope Francis’ continued good health and good works. 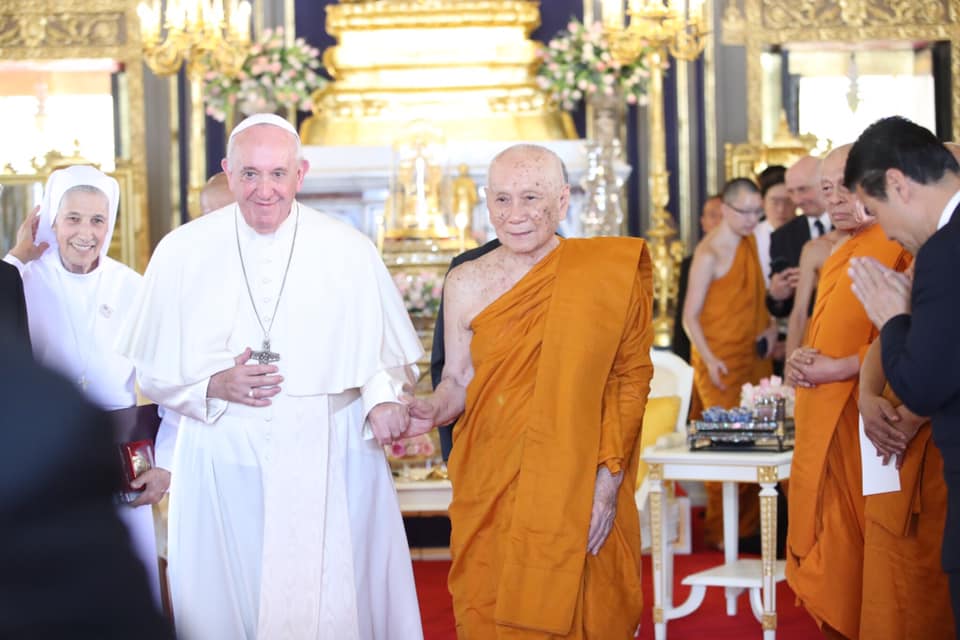