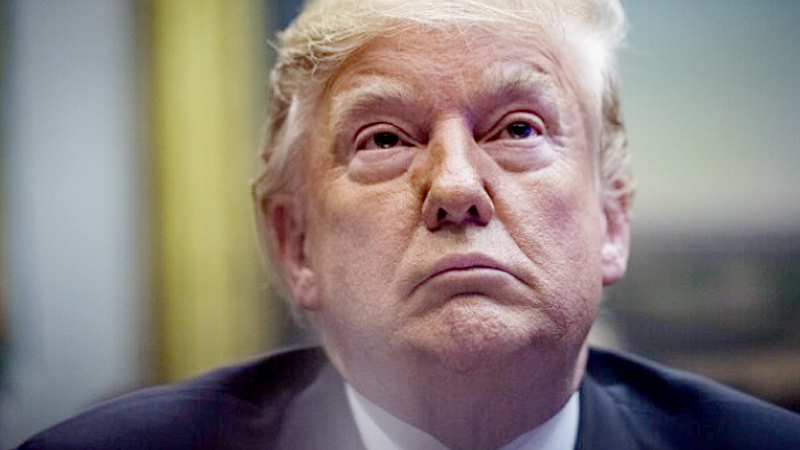 WASHINGTON - Two weeks of televised hearings have cemented House Democrats' determination to proceed with the impeachment of President Donald Trump, according to interviews Thursday with more than 20 lawmakers across the party's ideological spectrum, with most saying they had heard enough evidence to proceed to a vote.

The growing resolve among the rank-and-file came as House Speaker Nancy Pelosi, D-Calif., said that she had no intention of slowing the impeachment probe to wait for the courts to decide whether senior administration officials who have spurned congressional requests for documents and testimony must comply.

House Intelligence Committee Chairman Adam Schiff, D-Calif., delivered a searing condemnation of Trump's behavior and Republican defenses of him before gaveling the final scheduled hearing to a close Thursday evening.

"What we've seen here is far more serious than a third-rate burglary of the Democratic headquarters," Schiff said, comparing Trump with President Richard M. Nixon, who resigned in 1974 after being told by fellow Republicans that his impeachment and removal were inevitable.

That Schiff and other Democrats on the three panels actively investigating impeachment favor proceeding comes as little surprise. But the hearings, which culminated in testimony Thursday with former National Security Council official Fiona Hill and diplomat David Holmes, appear to have galvanized other rank-and-file Democrats and put the House on a clear trajectory toward impeachment.

"The picture has been painted," said Rep. Daniel Kildee, D-Mich. "This is a president who clearly tried to bribe a foreign government to investigate his opponent. I mean, and it's almost like everyone in the room understands that. But some [Republicans] are arguing that the burden of proof is so high that it can't be met."

Some Democrats - including those holding some of the most vulnerable seats - said they were waiting to consider all the evidence before coming to a conclusion, but they also declined to identify any major gaps in evidence that they would want to see filled before a vote.

Two Democrats voted against an Oct. 31 resolution establishing rules for the impeachment hearings - a vote widely seen as an early test for the viability of impeachment itself - but scores of lawmakers said they had not made a final decision on whether Trump ought to be impeached.

A few, such as Rep. Anthony Brindisi, D-N.Y., said they still wanted to secure testimony from witnesses who have resisted congressional subpoenas, such as acting White House chief of staff Mick Mulvaney, Secretary of State Mike Pompeo and Energy Secretary Rick Perry.

All three were implicated Wednesday by Gordon Sondland, the U.S. ambassador to the European Union, as having knowledge of a presidentially directed scheme to withhold a White House meeting and military aid from Ukraine in return for the announcement of investigations politically important to Trump.

"It's always better to hear on the side of more information, especially when you talk about a matter as serious as impeaching a president," Brindisi said.

But others, starting with Pelosi, said they were simply unwilling to embark on a potentially lengthy court battle to secure their testimony - even to secure potentially devastating testimony, such as that of former national security adviser John Bolton, who was present for several crucial meetings.

"We cannot be at the mercy of the courts," Pelosi told reporters, calling litigation "a technique on the part of the administration" to obstruct the congressional investigation. "How much more do you need to know? It's so self-evident."

Rep. Ann Kuster, D-N.H., said that if the remaining witnesses do not testify voluntarily in the coming weeks, Democrats will "infer culpability" and move forward.

"If the White House and the Republicans have it different, bring these people in," she said. "We shouldn't have to wait for courts to compel people."

Rep. Matthew Cartwright, D-Pa., seeking reelection in a district Trump won in 2016, said the narrative emerging from the public hearings "doesn't look good for the president."

"At this point, it is overwhelmingly incumbent upon the president to come forward with exculpatory information," he said. "If ever there is a time for him to do it, it is now. I want to hear what the innocent narrative of this story is."

Schiff and other Democrats did not foreclose the possibility that they could call additional witnesses after Thursday's hearing. But according to multiple Democratic lawmakers and aides familiar with the probe, there are no immediate plans to do so, leaving the House Intelligence Committee - in conjunction with two other panels, Foreign Affairs and Oversight and Reform - to draft a report synthesizing their findings over the next week.

That report would be released subject to a vote of the Intelligence Committee and forwarded to the House Judiciary Committee for the probable drafting and consideration of articles of impeachment. That would involve a separate process of public hearings in which Trump's attorneys could participate. The lawmakers and aides, who spoke on the condition of anonymity to speak frankly, said Pelosi and her deputies have made no final decisions on that process.

What the Intelligence Committee hearings have not done is persuade any Republican to publicly break with Trump. That became especially clear late in Thursday's hearing when Rep. Will Hurd, R-Texas, a moderate who is retiring after his current term whom many Democrats considered a possible vote for impeachment, announced that he considered Trump's conduct "inappropriate" but not impeachable.

"I have not heard evidence proving the president committed bribery or extortion," he said, adding that the congressional inquiry lacked critical testimony from figures such as Rudy Giuliani, the president's personal attorney, whom many witnesses have testified pressed the president's interests through U.S. officials.

Also on Thursday, Rep. Francis Rooney, R-Fla., the lone House Republican who has suggested he's open to voting to impeach Trump, said he preferred that Democrats ask the courts to force executive branch officials such as Mulvaney and Bolton to testify and hand over documents.

"Take your time, go through the courts, get those people to testify," he said.

But Democratic leaders have shown no stomach for a significant slowdown, setting a breakneck pace that is exhausting Washington - cramming five blockbuster hearings with nine witnesses into a three-day period this week, for instance.

The time frame, aimed at potentially getting impeachment articles to the House floor before Christmas or shortly afterward, is being driven by various political considerations: Party leaders mindful of presidential politics want the focus to return to the upcoming early-state primaries. House leaders are mindful of how public attention to former special counsel Robert Mueller III's lengthy investigation of Russian interference in the 2016 election flagged over the course of two years. And some moderate Democrats want the impeachment proceedings off the table as soon as possible, allowing the House to return to its legislative agenda.

One moderate Democrat who spoke on the condition of anonymity to speak frankly said the House needed to "tear this Band-Aid off and move on." Said another, "Let's power through, get it done, and move back to bread-and-butter issues."

The speed carries potential risk, however. The flurry of significant findings this past week, for instance, have almost been buried in the relentless news cycle at a time when Democrats are trying to make their case to voters.

Some Democrats said they were blown away by the testimony of the various witnesses, especially the career national security officials who defied a White House blockade to honor congressional subpoenas. But several said that, in addition to the challenge posed by processing hours of detailed testimony, they were concerned about the appearance of moving too fast.

"From my perspective, this is still a matter of doing a deep dive into these testimonies and showing the American people and showing my constituents that I am treating this as seriously as one possibly could," said Rep. Max Rose, D-N.Y., a moderate freshman.

Other lawmakers said plainly that they have seen enough - and they are in no mood to wait for testimony and evidence that may never come.