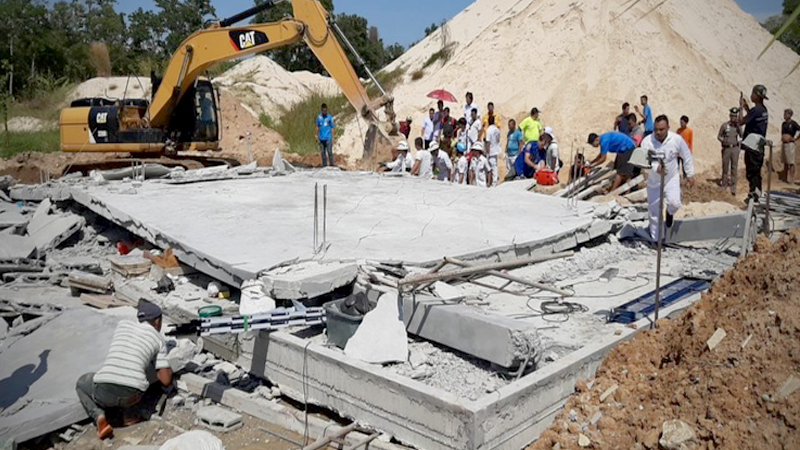 Kritsana Pattanachareon, the deputy spokesperson for the Royal Thai Police, has said that the initial investigation into the collapse of a gas station being built in Phuket yesterday (November 21) that resulted in seven deaths, indicated that poor construction standards were to blame.

“We were informed by police from the Thalang district station that a concrete slab being used in the conversion of a building in the Sai Si Ngyen complex into a gas station collapsed, killing seven workers from Myanmar instantly and severely injuring two more.”

Kritsana adds that further investigations are ongoing and that the bodies have been sent for autopsy.

“Once that is complete, police will press charges against those responsible. In the meantime, the site is being secured to prevent further collapses.”