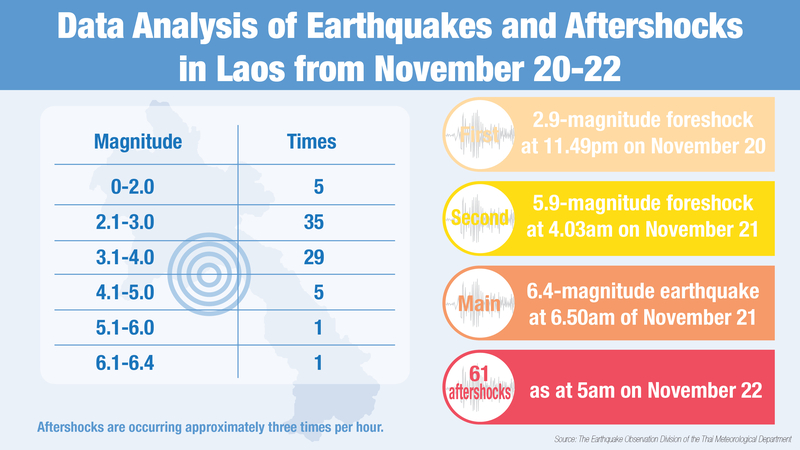 The Earthquake Observation Division of the Thai Meteorological Department on Friday (November 22) reported that the 5.9 and 64-magnitude quakes, which hit the landlocked country yesterday (November 21), had so far been followed by 61 aftershocks – about 3 an hour – of between 3.0 to 5.2-magnitude.

The Department of Disaster Prevention and Mitigation added that initial reports from Laos indicated that 50 residences in two districts were damaged, some 200 families were evacuated and three people were injured.

Minor damage was reported in Nan, Loei, Phitsanulok, and Bangkok.

Quake close to Ratch power plant, but no damage

6.4 quake reported in Laos, tremors felt in many parts of Thailand