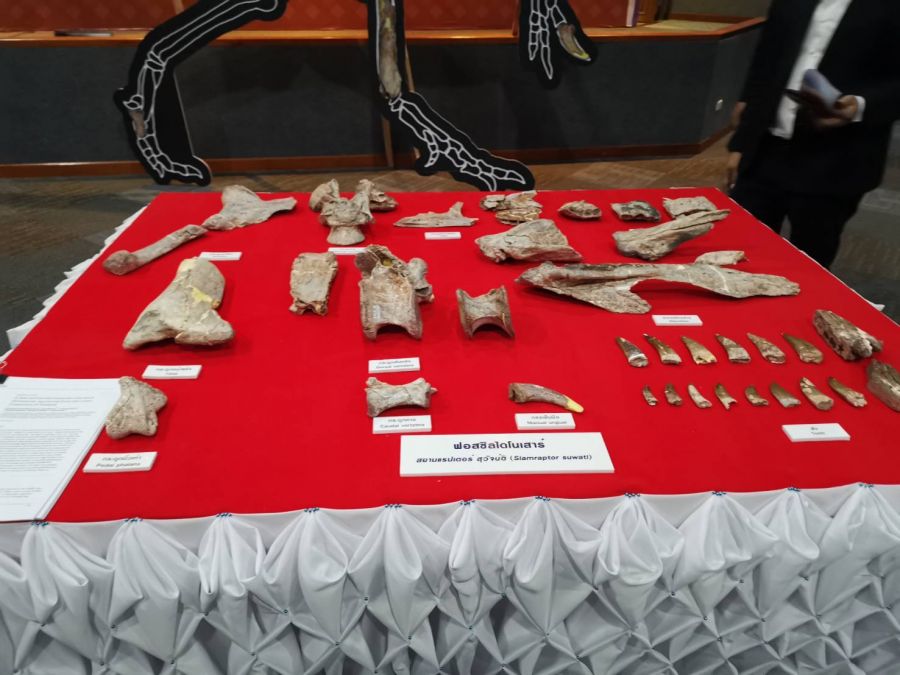 Pratueng said Siamraptor Suwati, as it has been named, was discovered at the Ban Saphan Hin site of the Khok Kruat Formation, Nakhon Ratchasima Province. The first word in the dinosaur's name (Siamraptor) means hunter of Siam, while the second word (Suwati) was added to honour Suwat Liptapanlop who has supported the research work of Northeastern Research Institute of Petrified Woods and Mineral Resources for 25 years. 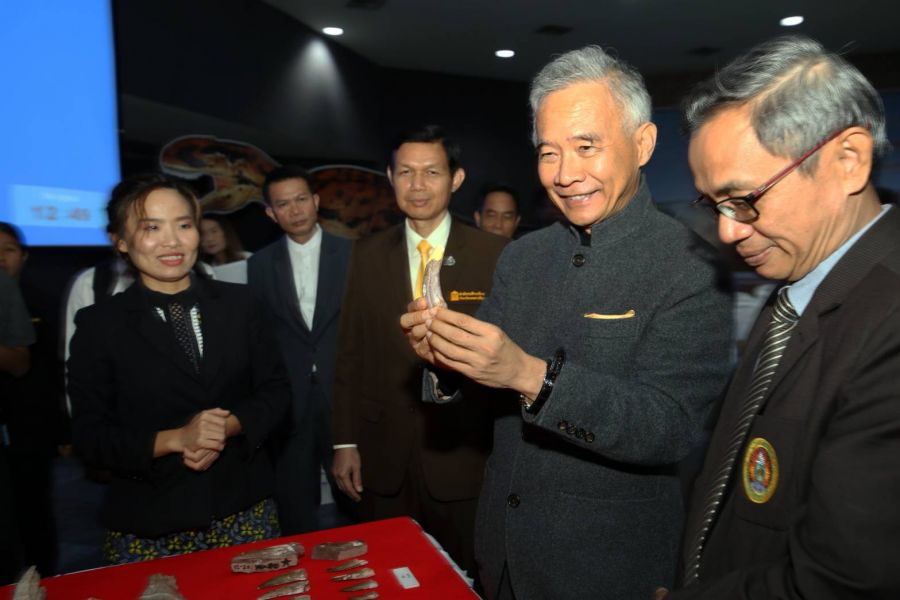 Siamraptor Suwati is the latest species of large carnivorous dinosaurs discovered in Thailand. It is estimated to be least 8 metres tall and shared a similar evolution as Allosaurus, carcharodontosaurian dinosaurs, a widespread species during the Jurassic and Cretaceous periods.

The outstanding feature of Siamraptor Suwati is the shark teeth, common among predators roaming the world 115 million years ago during the early Cretaceous period.

Suwat said that the 12th dinosaur discovery marked another success of Thai-Japan cooperation and reflected the varieties of fossils in Nakhon Ratchasima. Remains of many pre-historic animals have been found there, such as ancient elephants, crocodiles, turtles, rat, and recently, the shark-toothed dinosaur.