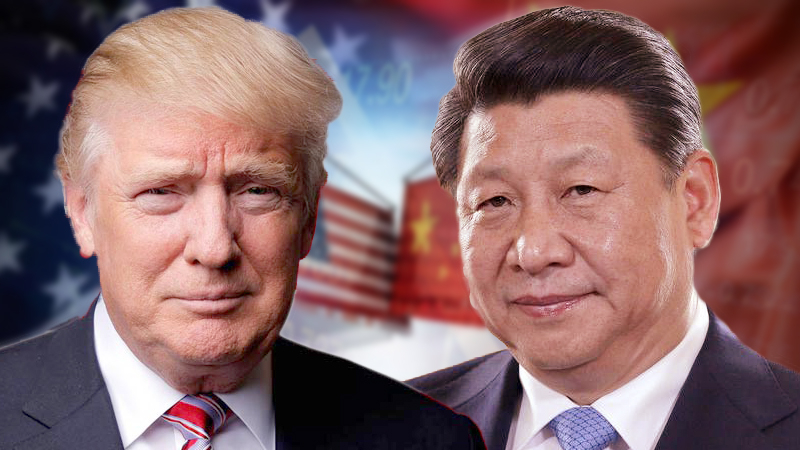 Chinese President Xi Jinping said his nation wants to work toward a phase-one trade agreement with the U.S. that's based in part on "equality," a guiding principle that President Donald Trump just hours later said he doesn't share.

"I didn't like his word 'equality' because we started off so low," Trump said in an interview Friday on Fox News. "This can't be like an even deal, because we're starting off on the floor and you're already at the ceiling. So we have to have a much better deal."

Six weeks after Trump declared he'd secured a phase-one "deal, pretty much, subject to getting it written" in three to five weeks, the feud over fairness illustrates how fundamental differences remain at the top. Trump repeated his criticism that China "took us to the cleaners" with unfair trade policies over the years, putting the price tag of the imbalance at $500 billion.

Still, Trump expressed optimism that an initial pact could be reached soon, saying "we have a very good chance to make a deal."

In his remarks earlier Friday, Xi stressed that the talks must be conducted in an atmosphere of "mutual respect" and said that China hasn't been the aggressor.

"We didn't initiate this trade war and this isn't something we want," the Chinese leader said. "When necessary, we will fight back, but we have been working actively to try not to have a trade war."

Privately, negotiators from both countries have been talking regularly in recent days, trying to bridge the remaining differences on issues including Chinese pledges to buy American farm products, protect intellectual-property rights and open its economy further to foreign companies. But they're still struggling to agree on exactly what tariffs each side would roll back as part of the agreement's initial step.

On Wednesday, China's chief trade negotiator, Liu He, indicated he was "cautiously optimistic" about reaching the first phase of a deal. Liu made the comments in a speech in Beijing on Wednesday ahead of the New Economy Forum, which is being organized by Bloomberg Media Group, a division of Bloomberg LP, the parent company of Bloomberg News.

Some of the foreigners who met with Xi on Friday were also in Beijing to attend the forum.

Xi emphasized that the nation's overall goal wasn't "a dream about hegemony" but was rather "working to realize the Chinese dream of renewal" and to ensure that the country was never humiliated again.

"We are just trying to restore our place and role in the world rather than reliving the humiliating days of semi-colonial and semi-feudal era," Xi said. "In those days there were signs in Shanghai saying Chinese and dogs are not allowed inside -- and we will not relive those days again."

One of the three key demands for any trade deal with the U.S. is that it should be "balanced" to ensure the "dignity" of both nations, indicating that this quest for respect still motivates policy.

U.S. equities markets have soared to records on optimism for a trade-war truce. But stocks on Friday were on course for their first weekly decline since early October.

The latest potential hurdle came after Liu made his dinner-time comments, when the U.S. House voted 417-1 for legislation supporting Hong Kong protesters that the Senate already unanimously approved.

In his interview with Fox, Trump declined to say whether he'd sign the legislation, adding that it's "a complicating factor, there's no question about it," in the ongoing trade discussions.