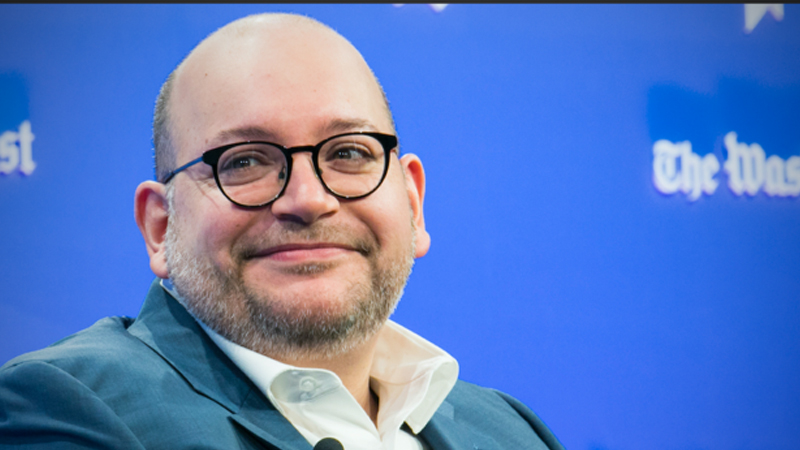 WASHINGTON - A federal judge on Friday ordered the Iranian government to pay Washington Post journalist Jason Rezaian and his family $180 million in damages for his 18-month detention during U.S.-Iran nuclear talks in 2014, saying it was needed to deter future taking of American hostages.

Rezaian, then The Post's Tehran-based correspondent, and his newlywed wife were seized July 22, 2014; placed separately in solitary confinement; and threatened with execution, physical mutilation and dismemberment, his family testified earlier this year. He spent 544 days in custody. His wife was released after two months.

U.S. District Judge Richard Leon of Washington entered a default judgment against Iran, which did not answer the lawsuit, following a two-day hearing in January.

Leon granted Rezaian $23.8 million in compensatory damages for pain, suffering and economic losses; his brother Ali $2.7 million and their mother, Mary, $3.1 million for similar claims; and the family $150 million in punitive damages.

"Holding a man hostage and torturing him to gain leverage in negotiations with the United States is outrageous, deserving of punishment, and surely in need of deterrence," Leon wrote in a 30-page opinion.

Rezaian was released with three other Americans in a prisoner swap completed Jan. 16, 2016, the day the nuclear pact was implemented. In exchange, seven Iranians charged or imprisoned on sanctions violations won U.S. grants of clemency. Rezaian's wife, Yeganeh Rezaian, had been released separately and is not a plaintiff in the lawsuit.

Rezaian's attorney David Bowker said the family had sought $44 million in compensatory damages and $1 billion in punitive damages to force Iranian authorities "to recalculate the costs and benefits" of using hostages and terrorism as tools of diplomatic leverage.

In his opinion, Leon cited as an "exacerbating factor" evidence showing that Iran held arrested, detained and tortured Rezaian "to increase its bargaining leverage in ongoing negotiations with the United States," calling the need for deterring such conduct "critical."

The ruling comes as U.S.-Iran relations have been on a recent downward spiral. After withdrawing last year from the landmark 2015 nuclear deal, the Trump administration has escalated devastating sanctions against Iran's economy. The regime remains defiant, however, scaling back its commitments.

Tensions also have grown over shipping in the Persian Gulf, with Iran shooting down an drone and Washington blaming Tehran for missiles that struck oil facilities in Saudi Arabia.

On Friday, the Treasury Department added Iran's information minister to its sanctions list, citing his role in cutting Internet access amid protests over the end of fuel subsidies. Secretary of State Mike Pompeo has urged protesters to send videos and photos documenting the crackdown. In a tweet, Pompeo vowed to "expose and sanction the abuses."

At least five other U.S. citizens, some of them dual nationals, are currently detained in Iran. The United States believes the charges against them are baseless and considers them hostages. Iran has repeatedly suggested it seeks a prisoner swap for Iranians held in U.S. prisons, mostly for convictions related to breaking sanctions.

Rezaian was The Post's correspondent in Tehran from 2012 to 2016 and is now a writer for its Global Opinions section.

"Our only focus at The Post has been on what was taken away from Jason, which was 544 days of his freedom," Washington Post Executive Editor Martin Baron said in a statement. "His imprisonment and that of his wife Yeganeh were wholly unjustified, and his treatment in one of Iran's worst prisons was horrifying. This legal action was taken solely by Jason and his family. We've seen our role as helping the Rezaians through their recovery. Our satisfaction comes from seeing them enjoy their freedom and a peaceful life."