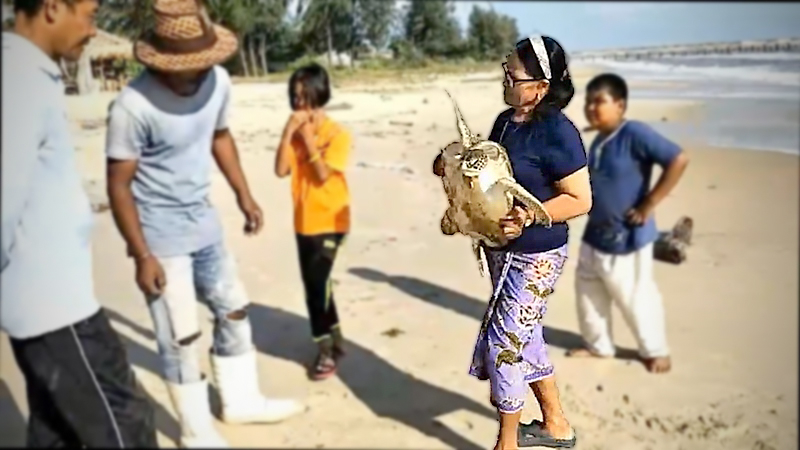 Villagers in Songkhla province have helped rescue a green turtle that was stranded on the Paktrae beach in Ranode district.

On Saturday (November 23), Paktrae subdistrict villagers told local news reporters that they had found a large green sea turtle, which weighs 10 kilograms and is around 5 years old. They said the turtle was extremely exhausted and had several injuries.

The villagers said that it might have been washed ashore several hours ago due to strong sea waves and possibly could not get back to the sea on its own. The villagers, therefore, put the turtle in a plastic bucket and contacted the Department of Marine and Coastal Resources to take custody.

Green sea turtles are listed as endangered by the International Union for Conservation of Nature (IUCN) and are usually found in the Atlantic, Indian and Pacific oceans, including the Gulf of Thailand and the Andaman Sea. 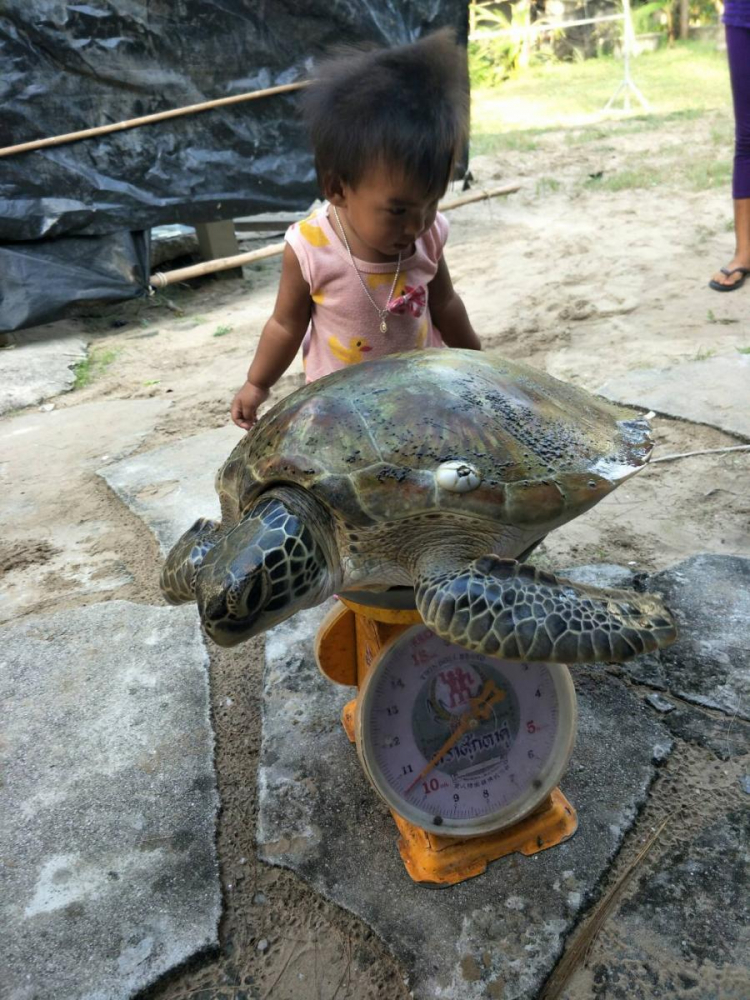