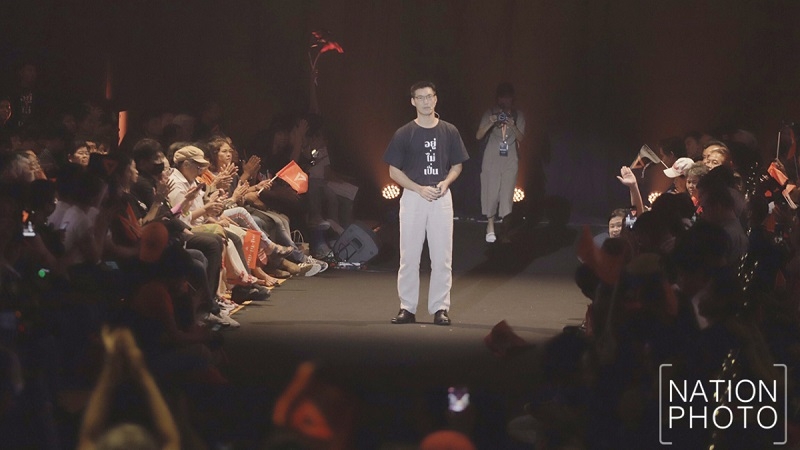 Most Thais are not following the Future Forward Party's “Against the Tide” campaign, according to a poll.

The National Institute of Development Administration (Nida) surveyed 1,262 Thai citizens aged over 18 on November 19 and 20 about the Future Forward campaign “Against the Tide” (yu-mai pen).

About 65.21 per cent of respondents said they were not following the campaign, 27.73 per cent were paying some attention to it, 6.66 were fully following it while 0.40 per cent had no interest.

Meanwhile, 40.57 per cent said that “Not Against the Tide” were people who understood the social context, 38.11 per cent believed that they wanted to live safely, and 15.53 per cent thought that they analysed the situation and adjusted to society.

Asked what they thought was the purpose of the campaign, 38.25 per cent of respondents believed that it aimed to show the FFP's standpoint, 26.27 per cent said that they spoke the truth on Thai society, about 21.20 per cent said they were trying to draw attention, and 11.29 per cent thought the campaign was aimed at attacking their opponents.

About 41.70 per cent believed that FFP was not against the tide and 29.03 per cent thought otherwise.