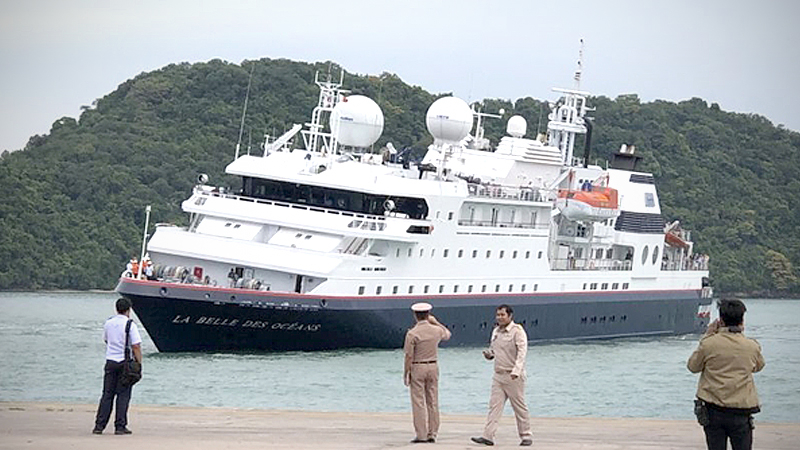 A Belgium-registered tourist cruiser got stuck on rocks near Phi Phi Island while travelling from Lanta Island to Phuket early on Monday (November 25). There were no reports of any injuries or death.

The Royal Thai Navy’s Region 3 Operational Centre was notified of the incident at 1.45am and dispatched officers to provided assistance.

After arriving at the scene, the officers found the bilge of the La Belle Des Ocean was damaged by rocks and sea water was seeping into the vessel. It was carrying 77 passengers and a crew of 80. All passengers are French tourists – 33 males and 44 females – while 60 of the crew are Filipino and 20 Croatian. 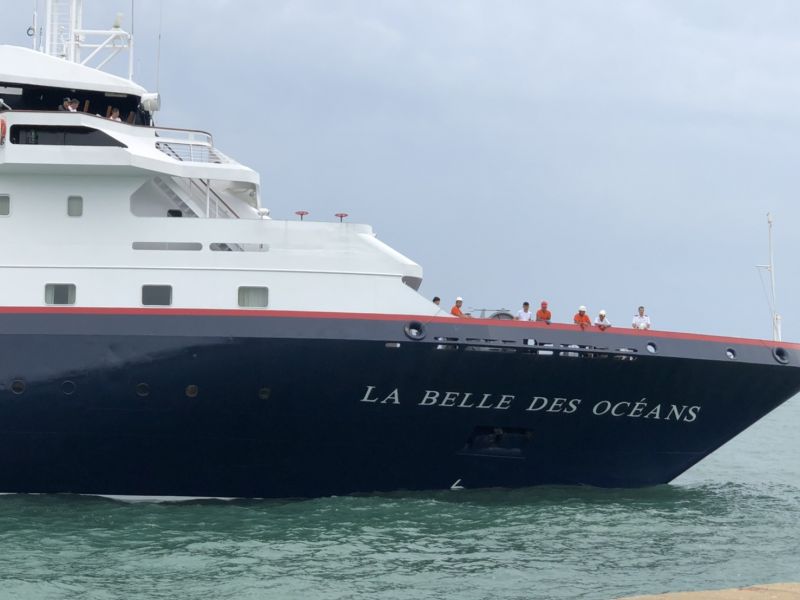 The ship had departed from a port in Singapore and was heading to tourist attractions in the Andaman Sea.

With the vessel unable to move, the Navy officers contacted the Sriracha battle ship to tow the cruiser to shore.

The towing was done with ease as the water started rising above the rocks in the morning. Both ships reached the Region 3 Operational Centre’s deepwater port in Phuket safely at around 10am. 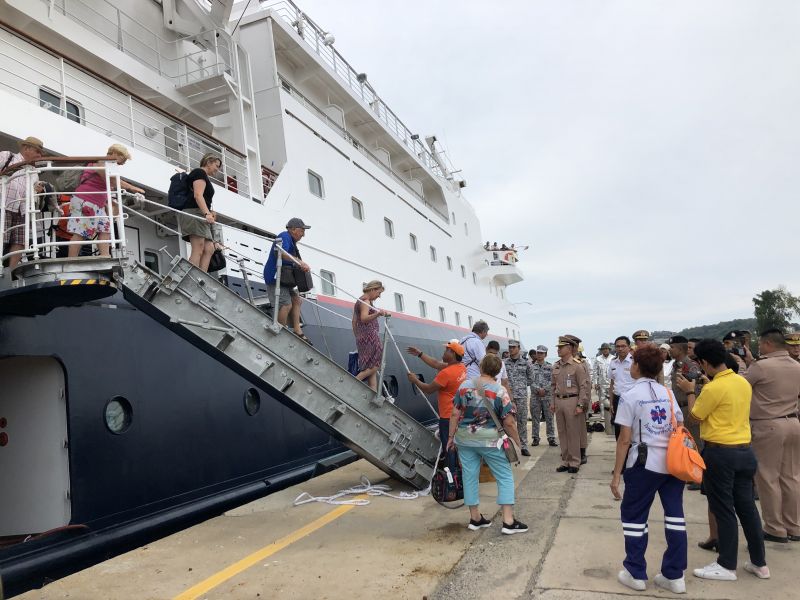