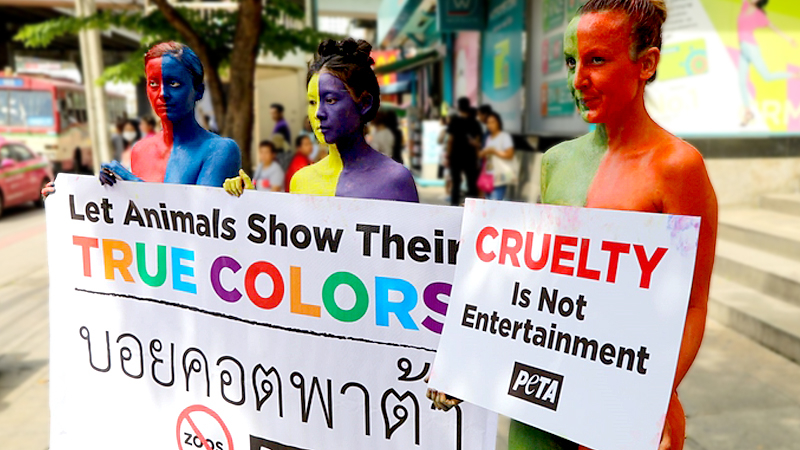 Three women from the People for the Ethical Treatment of Animals (PETA) group covered in coloured paint protested on Monday (November 25) in front of the 36-year-old Pata Pinklao Department Store, which has its own zoo called Pata Zoo. 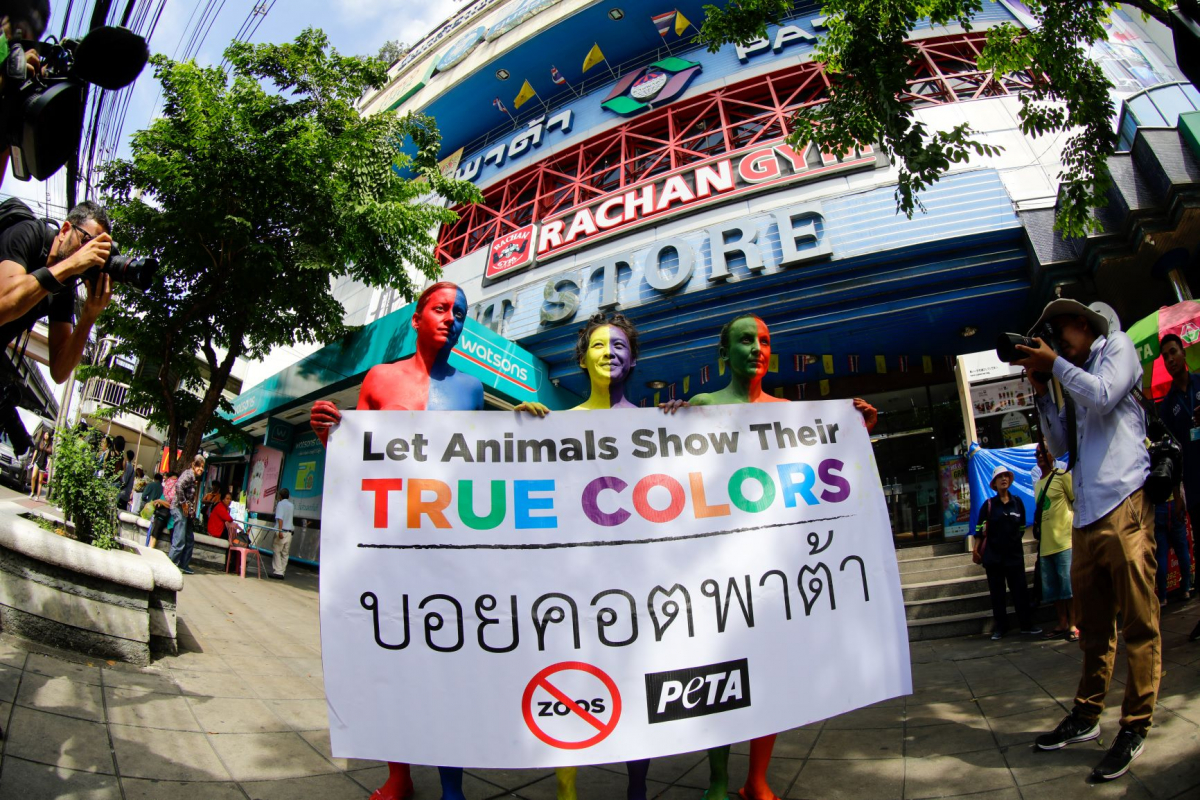 The 35-year-old zoo is located on the rooftop of the store. It was ordered to close in 2015 over a lack of appropriate paperwork, but reopened later after paying a fine. The famous-yet-sad star of the zoo is female gorilla Bua Noi, who arrived there at the age of three in 1993. She was caged alone and came to be recognised for her sad face, pulling her hair out and depressed posture. 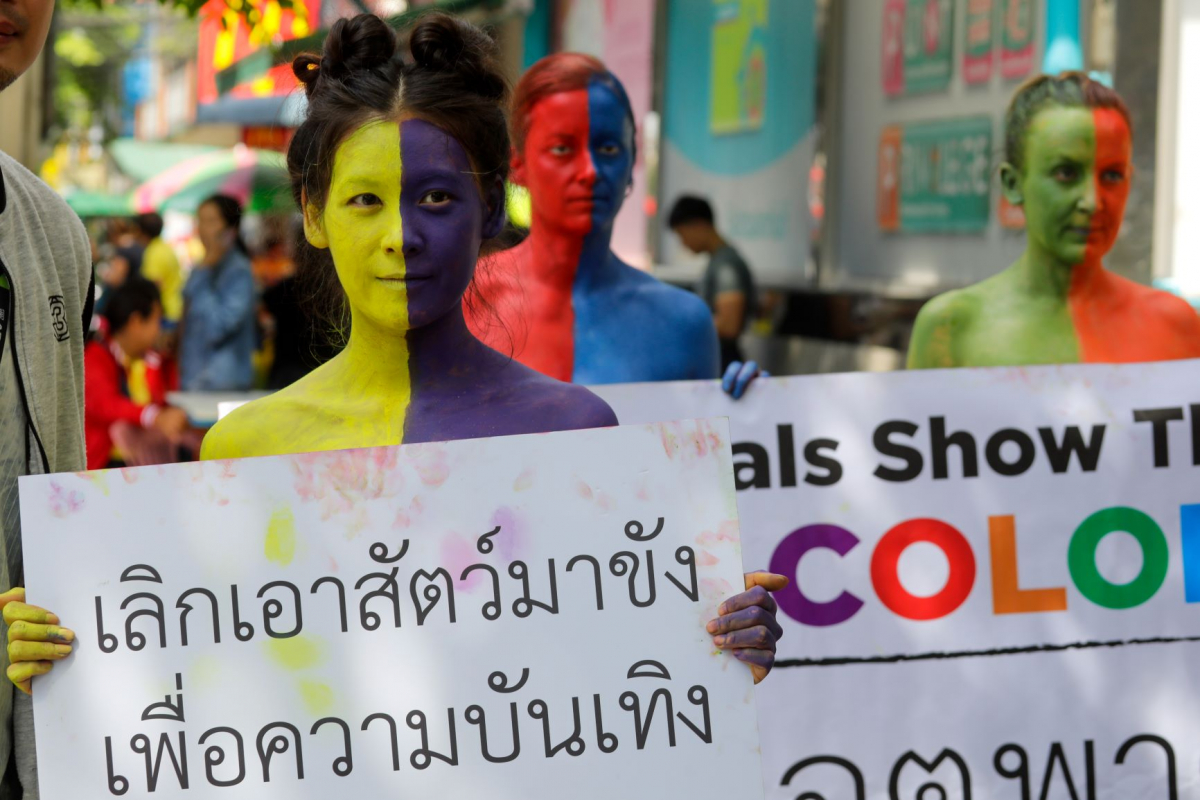 PETA wants the owner to understand that caged animals for entertainment is cruel.

According to Yahoo News senior vice president Jason Baker, Bua Noi was forced to live in terrifying and harmful conditions.

PETA offered to help put her in rehab but the owner rejected the offer, saying the zoo obtained proper ownership of Bua Noi and claiming that the depressed posture of the gorilla is her natural trait. 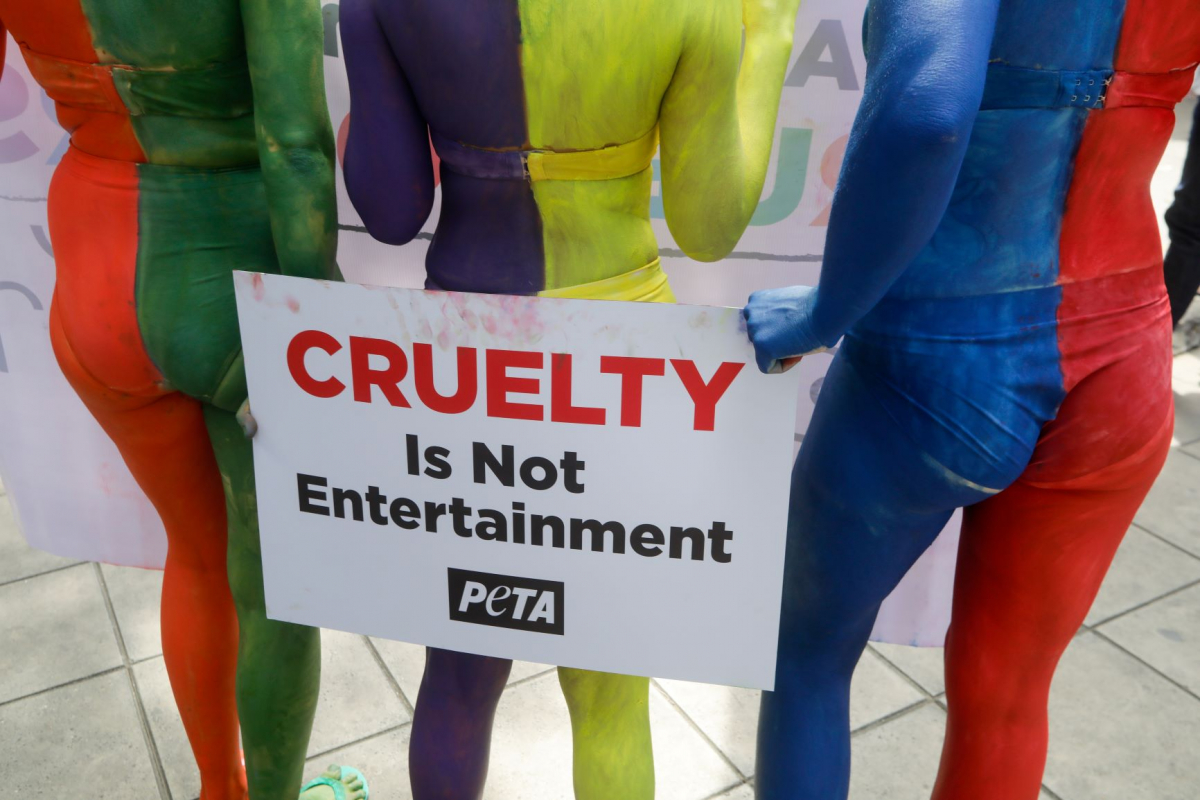