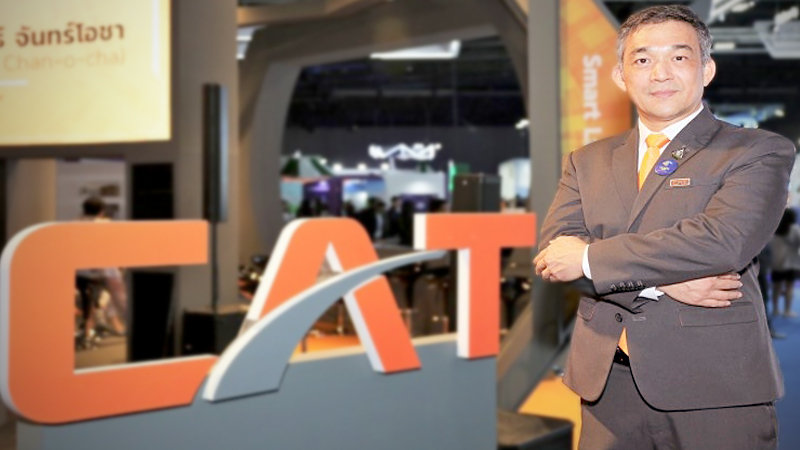 Colonel Sanpachai Huvanandana, president of CAT Telecom, revealed on Monday (November 25) that CAT will join the bidding for 5G spectrum bands that the National Broadcasting and Telecommunications Commission (NBTC) has scheduled for February 16, even though it is unlikely that its merger with TOT Public Company Limited (TOT) will be completed.

“CAT will specifically focus on bidding for the 700mhz band, in order to extend our 850mhz band on which we are collaborating with dtac,” he said. “We will skip the bidding for the 2600mhz band, as many mobile operators are already eyeing it.”

Sanpachai further explained that the 2600mhz band requires new equipment and antenna modules and would impose a higher cost burden to CAT, while the 700mhz band can use similar equipment to that in which CAT and Total Access Communication Plc (dtac) have already invested for the 850mhz band.

“When NBTC rolls out the 3500mhz band for bidding which should happen around late 2020 or early 2021, CAT will reconsider the possibility to enter the bidding competition again,” he added.

As for the plan to merge with TOT according to Cabinet’s resolution announced earlier this month, Sanpachai said that the merger will take at least 6 months to complete. “There are too many things left to do, including organising board and shareholders meetings of the two organizations, appointing new board members, and restructuring the workforce. This prompted us to participate in 5G bidding as a single organisation,” he added.