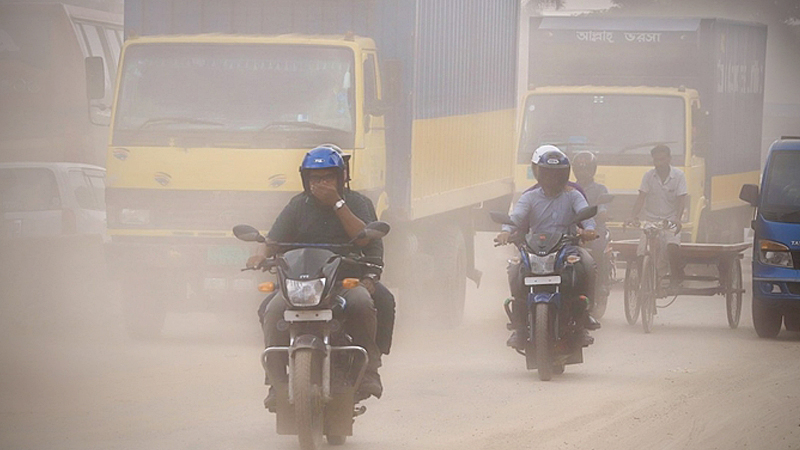 Dhaka city has the most polluted air in the world as level of air pollution has been increasing, Environment, Forests and Climate Change Minister Md Shahab Uddin said today.

The dust from construction works of government and private development projects including metro rail project, and the black smoke emitted from brickfields and unfit vehicles are responsible for increasing air pollution in the city, he said.

The minister was talking to reporters before the intra-ministerial meeting on the remedy from air and sound pollution at the secretariat.

“Dhaka was in the third and fourth position among the world’s polluted cities several months ago but it is now number one as air pollution has increased at intolerable level in the last two or three days,” Shahab Uddin said.