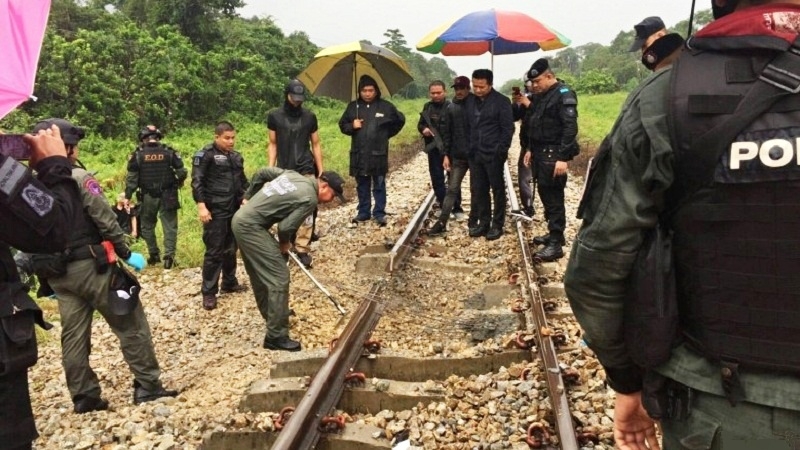 A bomb detonated on a stationary train in Narathiwat early Wednesday morning (November 27), but no one was injured.

Passengers were transferred to other vehicles as the 171 bound for Bangkok from Su-ngai Kolok was inspected.

Repairs were completed in two hours and the train was put back in service.

Su-ngai Padi police were called to the scene at 5.55am, to be joined by an explosives-disposal force and a forensics team.

Pol Col Kritsana Pattanachareon, deputy spokesperson for the Royal Thai Police, speculated that the bomber might belong to a “terrorist group” based in southern Thailand.

Pol Gen Chakthip Chaijinda, commissioner-general, said vigilance would have to increase in the area along with patrols in communities, tourist spots and business areas.