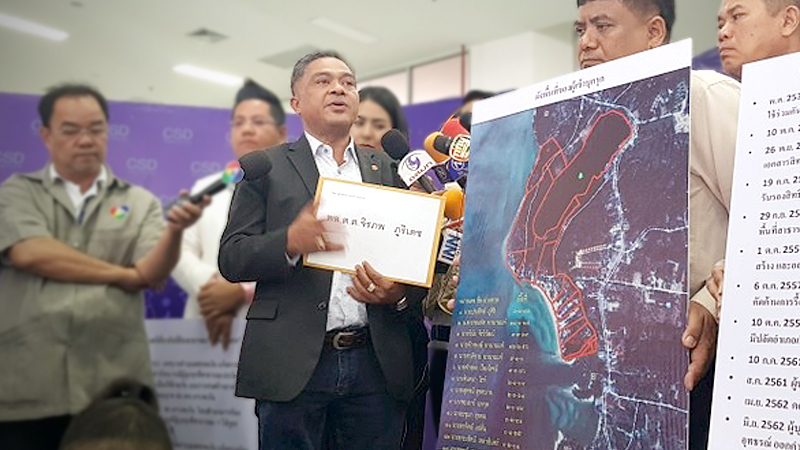 Phetphangan Municipality Mayor Pittaya Inkong and his lawyer Ronnarong Kaewpet today (November 27) led a group of villagers to file a complaint at the Crime Suppression Division against influential figures behind the transfer order of the municipal clerk of Pha-ngan with no stated reason.

In the past 3 years, the clerk had been enforcing the law by ordering illegal structures to be demolished in Laem Son, Koh Phangan island. There were 13 intruders accused of occupying 119 rai of land on the island.

He said the Crime Suppression Division had agreed to conduct an investigation into the matter, adding that he would be visiting the island again tomorrow.