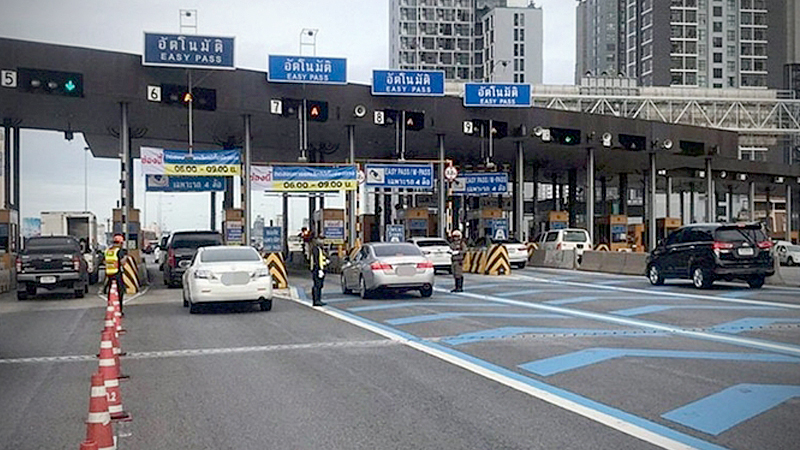 “The campaign will run from January 6 to March 6 between 4 and 7 am.,” he said. “We hope to attract more commuters to use automatic kiosks on these expressways, which will help reduce the congestion at checkpoints caused by cash payments.”

Suchart further added that Exat is also collaborating with True Corporation to let users buy their Easy Pass kit via the TrueMoney Wallet mobile application with free delivery to their home and no entry fee until February 13. “We expect that the campaign with True will increase Easy Pass users by 10-15 per cent through True’s 8.5 million existing clients.”

Furthermore, Exat is preparing to add touch & go stations for EMV cards (Euro, MasterCard and Visa) at toll booths to further facilitate expressway users. “With credit cards, clients need not to top up before using the expressway as the bill will be issued at the end of each month instead,” he said. “The first route to pilot this system is Kanchanaphisek Expressway, starting in January.”