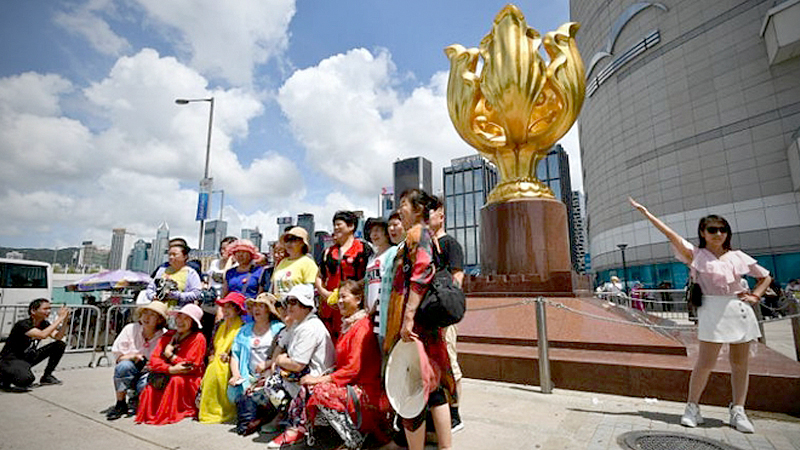 BEIJING - Tourism agencies are turning to China's most popular social media app, WeChat, to try to get a bigger piece of the country's growing outbound tourism market.

The social messaging app launched an industry alliance on Tuesday (Nov 26) with some 30 foreign tourism agencies, including the Singapore Tourism Board (STB), to encourage greater use of its in-app tools to reach Chinese visitors.

The numbers of Chinese tourists are rising steadily as China develops. Last year, 149 million tourists travelled overseas, almost 15 per cent higher than the year before.

Thailand is the top foreign destination for Chinese tourists, while Singapore ranks seventh.

Dr Zhang Yang from the China Tourism Academy noted the outbound tourism market has seen double-digit growth for the past 15 years.

But the market is also changing as the Chinese become more well-travelled. Where they once travelled in tour groups, now more Chinese tourists travel independently to "experience the local lifestyle", she said.

"When people travel abroad, now they find information on social platforms including WeChat. In the past, they travelled with travel agencies, but now they like to plan their trips themselves," said Dr Zhang.

The WeChat app has more than 1.1 billion monthly active users, who use it for everything from paying bills, booking train and plane tickets to researching attractions.

It also allows for mini programs, which are sub-applications within WeChat, that can be customised for various purposes - buying coupons, travel insurance, or serving as travel guides.

The industry grouping, called the Welcome with WeChat Alliance, aims to support foreign tourism agencies to develop WeChat tools to reach out to Chinese consumers.

It is the latest move from a Chinese company to make things easier for tourists, both local and foreign, after e-payment giants Alipay and WeChat Pay said this month they planned to open up their e-payment services to foreigners visiting China.

WeChat pointed out on Tuesday that the STB was the first foreign tourism agency that launched its own WeChat mini program for Chinese visitors to Singapore in 2017.

It has two WeChat accounts and three mini-programs catering to different types of visitors.

"We need to be focused about our messaging and be smart about what we say to them," she said.

In 2018, more than 3.4 million visitors from China were recorded in Singapore, a 6 per cent increase from 2017. They were also the top spenders in Singapore in 2018, contributing more than $3.9 billion in tourism receipts.

While experts say they see great potential in the Chinese tourist market, issues ranging from the language barrier and lack of information about destinations remain common problems Chinese tourists face.

Germany National Tourist Board director of China Li Zhaohui said there was a dearth of professional Chinese-speaking guides in Germany and Europe.

"We hope that through modern technology we can solve part of this problem, for example, our mini program could have audio guides and translation functions," said Ms Li.

Internet controls in China also mean that it can be difficult to look for information about foreign destinations within state-sanctioned cyberspace.

Mr Eddie Yang, Asia director of the Netherlands Board of Tourism and Conventions, said that aside from famous attractions, information about spots off the beaten track is very limited on Chinese platforms.

"Information on these 'hidden treasures' can be very difficult to find for the Chinese, we are still working hard to make these available through the WeChat platform," he said.