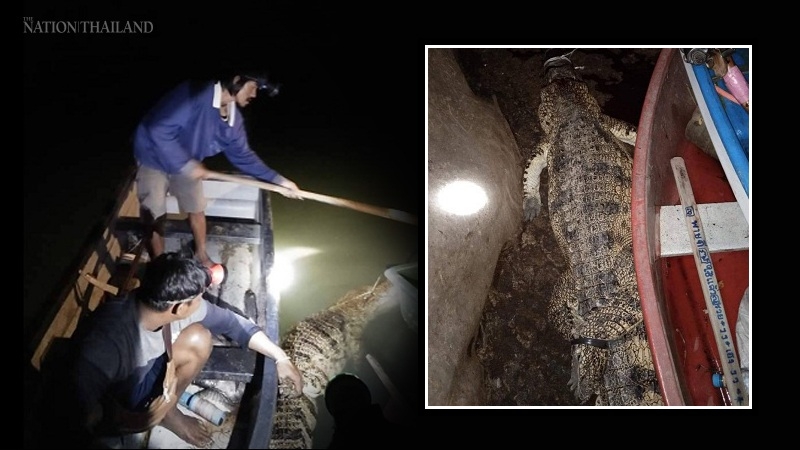 A group of fishermen caught a "hungry" crocodile charging towards the boats to attack them while they were fishing in a lake in Kamphaeng Saen district, Nakhon Pathom province.

A fisherman saw two crocodiles diving from the bank into the lake after they noticed the light from the boats. He warned the others so they could ready their equipment.

One crocodile was eventually caught with a rope and brought to the bank but the other managed to get away. The captured crocodile is 2.4 metres long and weighs 70-80 kilograms.

The lake is located 500 metres from a crocodile farm and about 20 crocodiles have escaped from that farm.

The villagers have to monitor crocodiles lurking around in the waters at night to snatch livestock.

Officials and the representative from the crocodile farm tried to discuss the problem with residents but no serious action had been taken yet.