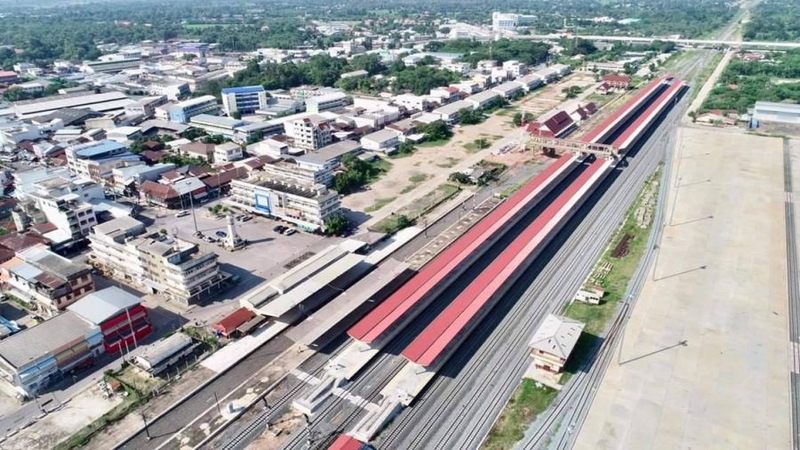 Chonburi, Ayutthaya and Khon Kaen provinces should serve as models for the Transit Oriented Development (TOD) project, according to a study by the Transport Ministry.

The Office of Transport and Traffic Policy and Planning (OTP) has been tasked since 2017 to study city development plans along with an expansion of the transportation network, including double track, high speed and regional trains, for pushing economic growth in Thailand.

OTP's director of the Bureau of Transport and Traffic System Development, Roengsak Thongsom, said that the OTP has chosen Chonburi, Ayutthaya and Khon Kaen provinces as models for the project. The agency has already held a meeting to evaluate the interest of the private sector.

“Chonburi is a city with high capacity for tourism, with 17.4 million tourists visiting in 2017,” he said. “In the past five years, the average growth rate in the province was 10.4 per cent, while the growth rate in 2018 was Bt557 billion.”

In addition, the province is an economic hub in the western part of the country, with numerous factories. Also, the high-speed train connecting three airports will run to this province, while U-Tapao Airport, located in it, will be developed as an international airport to support growth of economy and tourism in the future.

Based on its studies, the OTP considered Chonburi’s Pattaya city as a model for the TOD project. “We aim to divide four zones around the city for development," the director explained. “The first zone will include regional offices, educational institutions and retail stores for serving economic and lifestyle purposes, while the second will consist of business hubs, shops, and big department stores to meet the needs of tourists visiting the province.

Meanwhile, Ayutthaya's economy will be developed by integrating with its strong point as a World Heritage Site, which attracted 7.6 million tourists in 2017. “The area around the province’s train station will be divided into four parts,” said Roengsak. “The first one will be developed as a mixed-use complex to woo trade and investment, while the other three areas will be developed as mixed-use community, focusing on the accessibility of public transportation and covering non-motorised transport”.

Furthermore, the OTP aims to develop Khon Kaen as an innovation and medical city, as well as a hub of the Mekong region. “The province was a strategic point of transportation in the northeastern part of Thailand," he added. “Khon Kaen will be a door connecting investments between Thailand and nearby countries, and will be linked to China by a high-speed train."