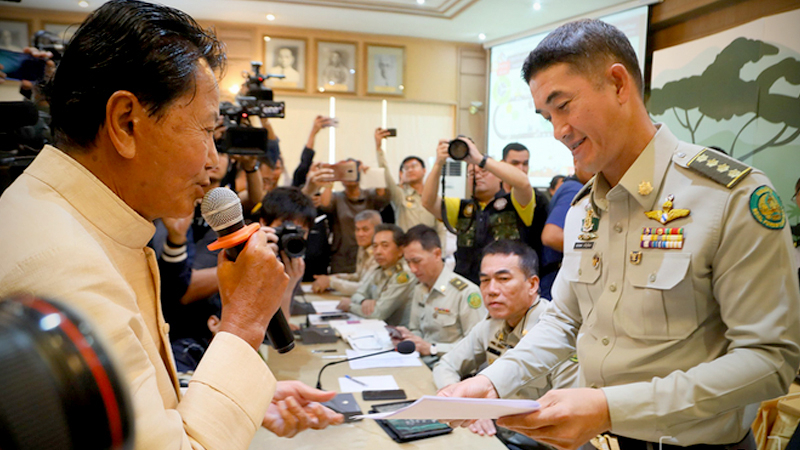 The chicken farm is owned by Ratchaburi MP Pareena Kraikup of the Phalang Pracharath Party and has stirred widespread public criticism after a former member of the dissolved Thai Raksa Chart Party, Ruangkrai Leekitwattana, filed a complaint last month urging the RFD to inspect Pareena's property for possible encroachment of protected national woodland.

“The chicken farm encroaches on 41-1-59 rai of land in the national reserved forest on the left bank of the Phachi River under the National Reserved Forest Act 1964, and 4-3-81 rai of forest land under the Forest Act 1941,” said Attapol.

Attapol also insisted that his department would pursue legal action without any special treatment towards the defendant, who is a MP of the government coalition, as netizens on social media have been suspecting ever since the case went viral.

Pareena’s father and ex-Ratchaburi MP Thawee Kraikup, who attended the press conference, questioned the accuracy of the 1:400,000 map used by the RFD. He also requested that the RFD reinvestigate the lands in question using a standardised map to ensure transparent investigation of his daughter’s property.

Thawee said he bought the lands from local villagers in 1980 and that the announcement of a national reserved forest area took place only afterwards.