The Royal Thai Police is working with Border Patrol Police, Highway Police and Tourist Police Bureau to provide aid to residents of four districts in Narathiwas province who are affected by flooding as a result of Typhoon Kammuri that has since reached the coast of Philippines, said Deputy police spokesman Pol Colonel Krisana Pattanajaroen today (December 2).

“The affected areas are Sungai Kolok, Sukirin, Sungai Padi, and Ra Ngae districts, with more than 20,000 victims in 8,130 households,” he said. “There were reports of eight public roads being cut off by floods.” 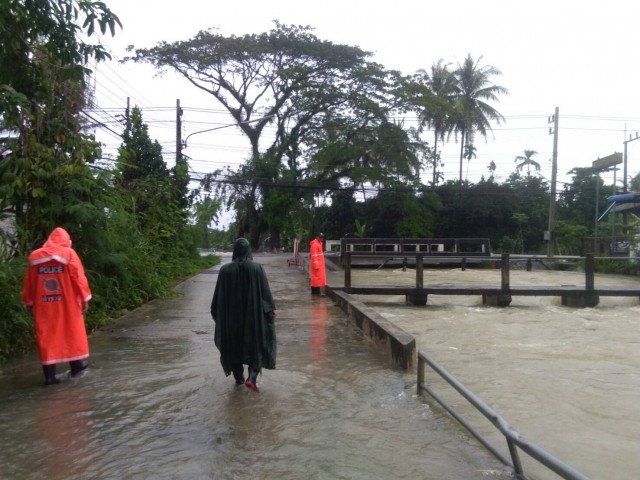 “We have also dispatched emergency traffic teams to make sure that routes are free of obstacles such as fallen trees and debris,” he added. 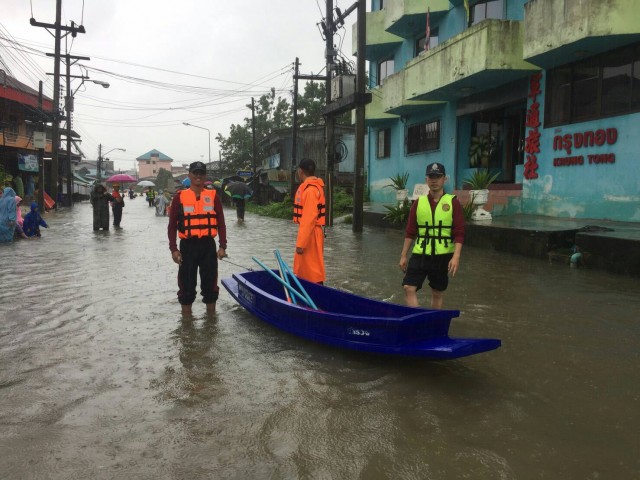 The deputy spokesman added that local police stations were ordered to modify their stations into makeshift accommodations for victims who can no longer stay in their homes, as well as assigning officers to patrol flooded areas to prevent thefts.