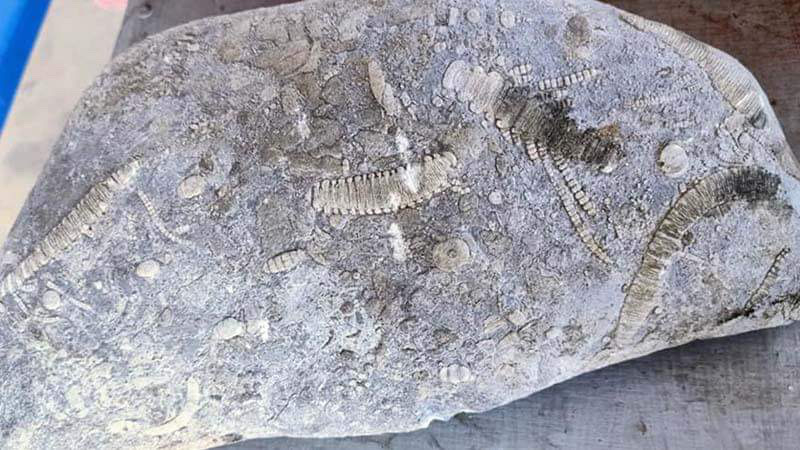 A woman posted on her Facebook page a picture of three fossils found on her family’s palm oil plantation in Sa Kaeo province on Sunday (December 1).

The photo of the account "Pinthip Koktung" received approximately 2,000 shares and 1,000 comments.

The Facebook page “Fossil World” explained that the fossils were crinoids, which are echinoderms related to starfish and sea urchins from the Paleozoic Era, around 250 million years ago.

Pinthip said she was contacted by several people interested in the specimens, but she hasn’t decided to sell them yet.

Officials from the Department of Mineral Resources were set to inspect the fossils on Monday.