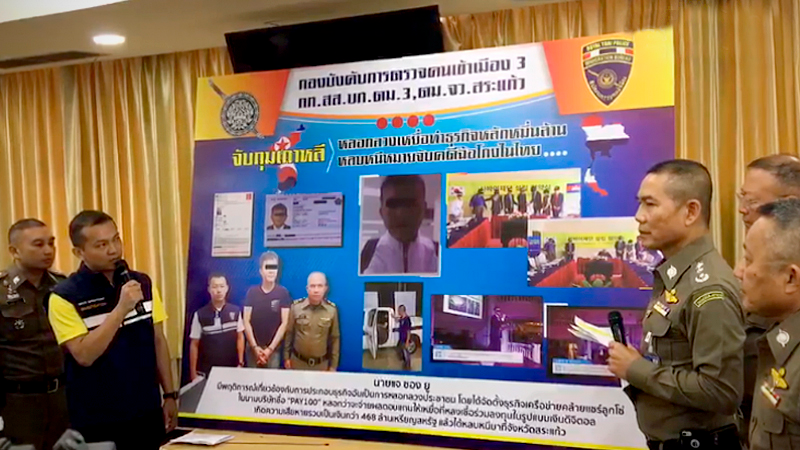 “According to a warrant issued by the Seoul Criminal Court, the suspect allegedly established a Ponzi scheme network called Pay100, inviting people to invest and promising to pay them back in the form of digital currency,” said Sompong. “The network has swindled 5,000 victims of $468 million, or approximately Bt14.1 billion.”

The suspect entered the kingdom via Don Mueang International Airport on September 1 on a visa that allowed him to stay until November 29.

“He managed to slip through inspection because information of his arrest warrant hadn’t reached the immigration police until November 27,” said Sompong. “We then tracked him down to a residence in Sa Kaeo province before making an arrest and revoking his visa. We will send him back to South Korea for prosecution later.”