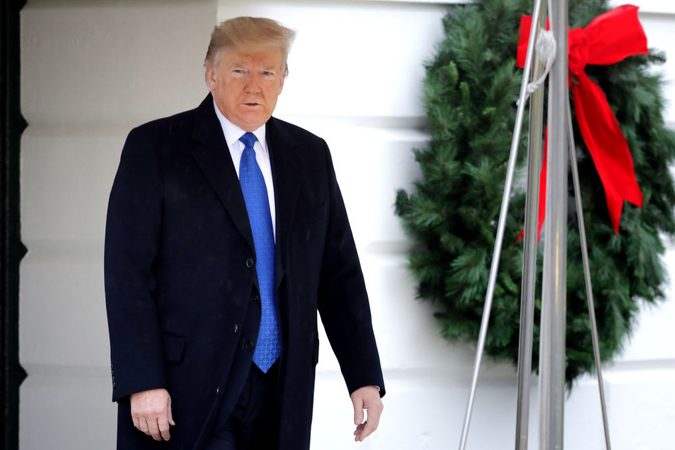 President Donald Trump said he had no deadline to reach a trade deal with China and suggested a deal could wait until after the 2020 election, adding another twist to an already-charged NATO summit in London.

"In some ways, I like the idea of waiting until after the election for the China deal, but they want to make a deal now and we will see whether or not the deal is going to be right," Trump told reporters Tuesday, the first day of the alliance's 70th anniversary summit.

Dow Jones industrial average futures slid roughly 250 points, or 0.9%, after the Trump comments, and the Standard & Poor's 500 futures were down roughly 0.7%. U.S. markets were already off to a rocky December after disappointing manufacturing and construction data, coupled with Trump's Monday announcement that he would reimpose tariffs on steel and aluminum from Brazil and Argentina.

For much of the protracted trade war with Beijing, Trump has contradicted himself on when a deal might be reached or how willing he is to come to the table. The next deadline is Dec. 15, when a new set of U.S. levies would hit roughly $160 billion in Chinese goods. People familiar with the talks told The Washington Post last month that those tariffs would disappear if a deal was brokered beforehand.

In October, Trump said the United States and China had reached a "phase one" deal, marking the first tangible achievement in the long-running economic clash that's affected hundreds of billions of dollars in goods and which analysts projected would stunt global trade and cost American jobs. With the preliminary deal, Trump said Beijing had agreed to roughly double its purchase of U.S. farm goods to more than $40 billion a year, open its financial services market, tighten its intellectual property protections and refrain from using currency as a trade weapon.

On Tuesday, Trump also derided recent comments made by French President Emmanuel Macron - in which Macron described the "brain death" of NATO due to lack of American support - as "very very nasty" and "very disrespectful."

"I would say that nobody needs NATO more than France," Trump said. "That's why I think when France makes a statement like they made about NATO, that's a very dangerous statement for them to make."

Just the day before, Trump threatened new tariffs of up to 100% on $2.4 billion in French products, including wine, cheese and yogurt. Trump's top trade negotiator, Robert Lighthizer, said the levies came in response to a French digital services tax that the U.S. determined is discriminating against American Internet companies.