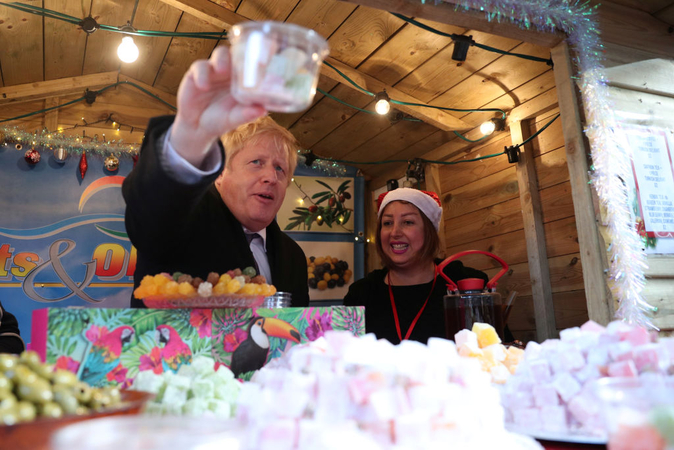 Researchers say they have uncovered a campaign on Reddit and Twitter to disseminate leaked trade documents ahead ofnext week's elections in the United Kingdom. The actors' playbook is similar to a Russia-linked disinformation campaign earlier this year - stoking concerns about foreign interference in the upcoming elections.

Graphika, a cyber intelligence firm, yesterday pulled back the curtain on the online effort to target mostly British politicians, celebrities and journalists with a trove of documents appearing to detail key U.S.-U.K. trade negotiations. Graphika's report comes as the documents emerge as a key point of debate in the runup to the election. The opposition Labour Party is using classified documents initially disseminated on Reddit in October to make the case that the future of the popular state-run National Health Service is at risk under a post-Brexit trade deal with the United States.

Ben Nimmo, the director of investigations at Graphika, says the campaign identified to spread the documents "certainly resembles" a foreign influence operation. Such an operation "raises the risk" of foreign interference in the British elections, Nimmo told me in an interview.

Labour Party Leader Jeremy Corbyn, who is running against Prime Minister Boris Johnson, garnered broad media coverage when he unveiled the documents during a debate and news conference last month. But researchers found the same documents were posted online and garnering little attention on sites like Reddit in October and early November - despite posters' best efforts to get them in front of an audience.

The trade documents were first posted on Reddit by a user called Gregoratior, who made grammatical errors similar to those made by Secondary Infektion, a disinformation campaign emerging from Russia identified by researchers earlier this year. Then a Twitter user known as @gregoratior began tweeting a Reddit post linking the document to senior U.K. politicians and media figures. The account appeared to go to great lengths to attract an audience for the documents, including tweeting at public figures such as actress Bette Midler. Twitter has since suspended the account.

The overall campaign appears to have had little success in swaying public figures to amplify the documents via social media, but it serves as a cautionary tale as the British and 2020 U.S. election loom closer. Researchers warn that public figures with large social media followings could be increasingly targeted in order to amplify controversial messaging.

"Influencers, politicians, journalists need to be aware of the fact that they are going to be personally targeted by information operations," Nimmo told me.

Influence operations don't just throw their information "to the wind," Nimmo said. They increasingly take a targeted approach, trying to identify people who may help amplify their message. In this instance, the actors conducting the campaign appeared to think the best targets were opposition politicians. Their tweets appeared to have an anti-Johnson and anti-conservative sentiment, Nimmo told me, and the actors largely tagged politicians challenging Johnson.

The actors also jumped around various social networks, a tactic Nimmo said is becoming more common as large tech companies including Twitter and Facebook step up their defenses. "They're trying much harder to hide," Nimmo told me. "The recent information operation have been less effective and have had less reach than what we saw in 2016 because they know the platforms are searching for them."

Nimmo said it wasn't immediately clear whether the actors behind the campaign were Russian or just trying to imitate previous Russian information campaigns.

"Either way, it looks like someone was trying to use leaks to influence the election debate," Nimmo said.

The researchers also don't know how the Reddit poster initially obtained the leaked documents. Reuters, which first reported on Graphika's research, was unable to independently confirm that the documents were genuine. Labour and the British government declined to comment on the report to Reuters.

Graphika's research is surfacing as questions are mounting about whether tech companies are doing enough to identify foreign influence operations. But the operation would have been very difficult for the social media titans to detect because only a small number of accounts produced a low volume of posts, Nimmo said.

Twitter said it suspended the @gregoratior account for violating its rules against spam. "Posting spammy content is a violation of the Twitter Rules and we take aggressive enforcement action when we identify this content on our service, in line with our commitment to improving the health of the public conversation on Twitter," Twitter spokeswoman Katie Rosborough said in a statement to The Technology 202.

Reddit said it was looking into Graphika's findings. "The integrity of our site is of paramount importance and we are investigating these findings," Reddit spokeswoman Leigh Ann Benicewicz said in a statement. "We are always evolving our approaches to detecting malicious and coordinated activity and will continue to be open with our community and investigators on these issues."