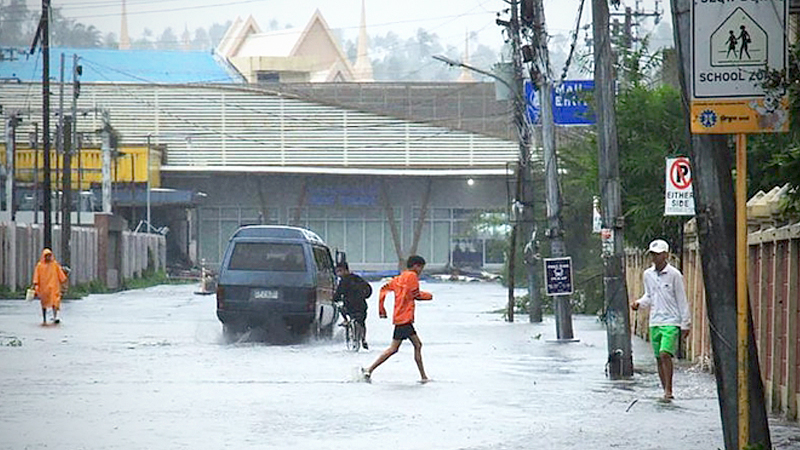 The typhoon may affect the Southeast Asian games which is currently underway.

Typhoon Tisoy slightly weakened early Tuesday morning as it bears down on Burias Island but it remains strong and destructive, the weather bureau reported.

Its eyewall is also expected to affect Southern Quezon, Romblon, and Marinduque in the next three hours.

As of 4 a.m., the eye of Tisoy was spotted in the vicinity of San Pascual, Masbate (Burias Island) moving westward at 20 kilometers per hour (kph) with maximum sustained winds of up to 155 kilometers kph and gusts of up to 235 kph.