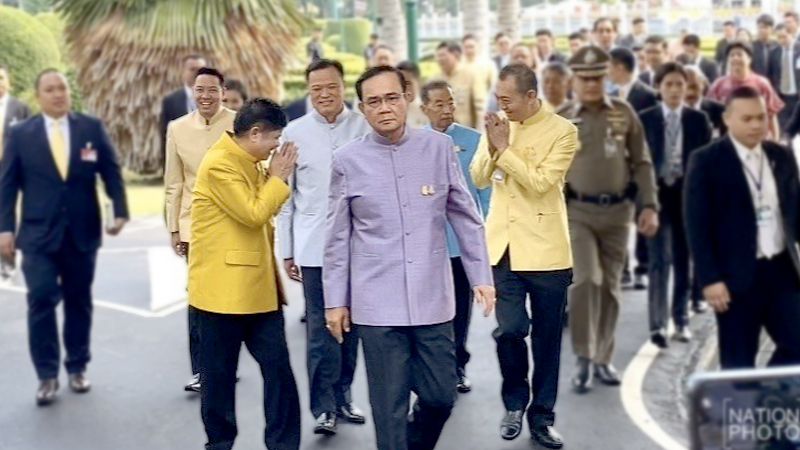 A pall of gloom descended on the cabinet meeting yesterday (December 3) when Prime Minister and Minister of Defence mentioned about the government's quorum in promoting a commission to study the impact of the National Council for Peace and Order’s actions and its use of power under Section 44.

Minister of the Office of the Prime Minister, Tewan Liptapallop informed the meeting that the meeting on December 4 should be harmonious to prevent an attack by the opposition.

Prime Minister replied, “We are a coalition government. You cannot do everything you want here.”

Interior Minister, Anupong Paochinda was harsher in his response, saying: “Previously, when the Democrat Party was the government, I helped you to manage national affairs. Now that you are part of government, why don’t you act appropriately in accordance with the current situation?”

Deputy Minister, Somkid Jatusripitak added that the issue was crucial to the continued functioning of government and the Democrat Party should not veto it.

“If the parliamentary session tomorrow (December 4) fails again, we have to reshuffle the cabinet or dissolve the parliament” the Prime Minister said.