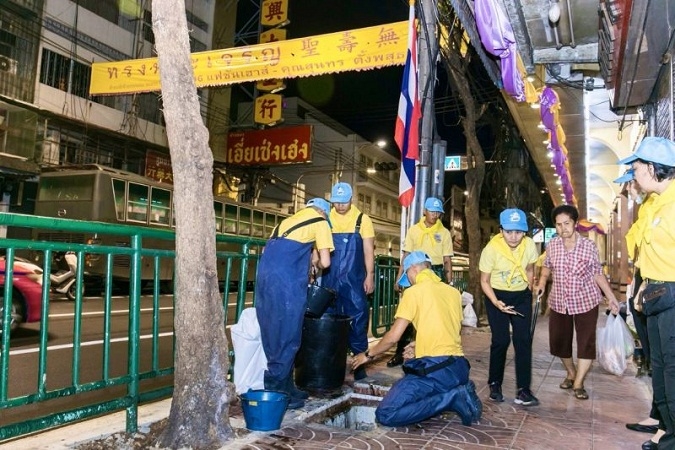 Volunteers have spruced up the Yaowarat area in Bangkok's Chinatown to welcome His Majesty King Rama X and Her Majesty Queen Suthida, who are scheduled to preside over a royal exhibition titled “Under the Graciousness of Chakri Dynasty” on December 6.

Their majesties will also meet Thai-Chinese people in the area.

Volunteers began the cleaning-up activity on November 29 and will conclude them on Thursday (December 5). They will remain in the area to provide help and welcome the King and Queen from December 6 to 8. A Big Cleaning Day activity has been planned for December 9 after the exhibition ends. 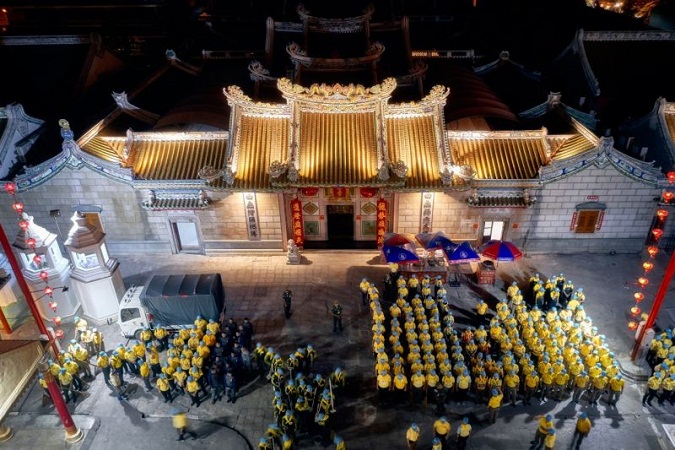 The royal exhibition will feature the royal biographies and duties of Chakri dynasty kings through virtual projection on an LED tunnel display, a parade showing Thai-Chinese art and culture, and Yaowarat Street Food, which will bring together 200 well-known food stores in Chinatown and nationwide.

In addition, members of Thai-Chinese organisations will join as volunteers in the area throughout the exhibition, which will take place from December 6 to 8 this year, covering the area from Odeon Circle to the Chalerm Buri intersection. Some 100,000 people are expected to visit the exhibition.

Their Majesties to preside over royal exhibition