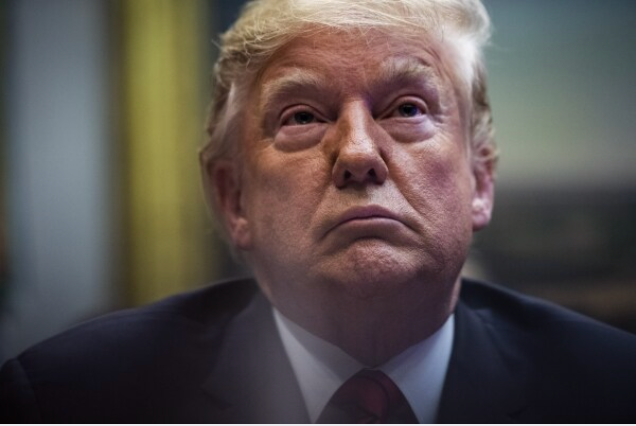 WASHINGTON - House Speaker Nancy Pelosi, D-Calif., said Thursday that President Donald Trump's wrongdoing strikes at the heart of the Constitution and asked House committee chairs to proceed with articles of impeachment, saying lawmakers have "no choice but to act." 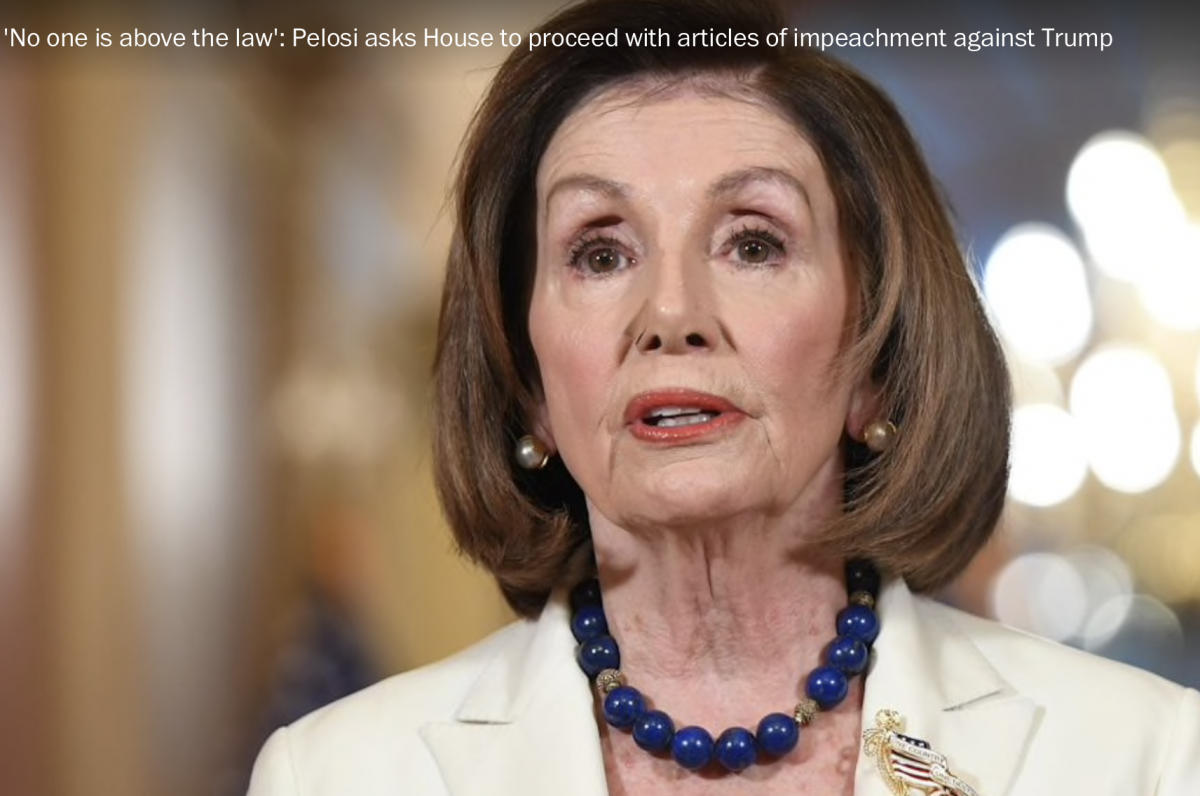 Her address, in which she invoked principles espoused by the nation's founders, came shortly after Trump went on Twitter to urge House Democrats to impeach him quickly, if they plan to do it, and suggested he would call an expansive list of witnesses during a trial in the Republican-led Senate.

At the heart of the Democrats' case is the allegation that Trump tried to leverage a White House meeting and military aid, sought by Ukraine in the face of Russian military aggression, to pressure President Volodymyr Zelensky to launch an investigation of former vice president Joe Biden and his son Hunter Biden, as well as a probe of an unfounded theory that Kyiv conspired with Democrats to interfere in the 2016 presidential election.

Pelosi's morning address is a clear sign that the Democratic-led House intends to impeach Trump in coming weeks.

"The president leaves us no choice but to act, because he is trying to corrupt, once again, the election for his own benefit," Pelosi said in remarks at the Capitol.

"The president has engaged in abuse of power undermining our national security and jeopardizing the integrity of our elections. His actions are in defiance of the vision of our founders and the oath of office that he takes to preserve, protect, and defend the Constitution of the United States. Sadly, but with confidence and humility, with allegiance to our Founders and our heart full of love for America, today I'm asking our chairman to proceed with articles of impeachment."

White House press secretary Stephanie Grisham reacted to Pelosi's announcement, saying she and Democrats "should be ashamed" and that the White House looks forward to a trial in the Republican-led Senate.

"@realDonaldTrump has done nothing but lead our country - resulting in a booming economy, more jobs & a stronger military, to name just a few of his major accomplishments," Grisham tweeted.

"We are less than a year away from Election Day 2020 and Democrats can't possibly explain to the American people why they want to take the decision of who should be president out of the hands of voters," Parscale said. "But impeaching the President has always been their goal, so they should just get on with it so we can have a fair trial in the Senate."

Pelosi's comments come a day after a panel of law professors testified before the House Judiciary Committee. Three called by Democrats said Trump's conduct toward Ukraine met the threshold for impeachment. A fourth called by the GOP cautioned against moving quickly, saying a solid case has not been established.

In her remarks, Pelosi gave no indication of how quickly the impeachment process would move. Nor did she say how narrowly crafted the articles of impeachment would be.

House Democrats are considering articles of impeachment that include obstruction and bribery but leaning against a treason charge, according to three Judiciary Committee aides.

The aides, who spoke on the condition of anonymity to discuss private conservations, cautioned that the situation remains fluid.

Democratic leaders believe they have overwhelming support in their ranks for articles dealing with the core of Trump's conduct regarding Ukraine, two Democratic leadership aides said, speaking on the condition of anonymity to talk candidly.

The aides, who are familiar with internal discussions, also expect at least one article concerning the Trump administration's obstruction of Congress, though it's not known how broad those charges will be.

There is also an active debate about an obstruction of justice article centered on Trump's conduct during the investigation into Russian election interference by special counsel Robert Mueller - but it appears increasingly likely that will be left out, the aides said.

Following Pelosi's announcement, Trump lashed out at the "Do Nothing, Radical Left Democrats," saying they are setting a bad precedent for future presidents.

"This will mean that the beyond important and seldom used act of Impeachment will be used routinely to attack future Presidents," Trump tweeted. "That is not what our Founders had in mind. The good thing is that the Republicans have NEVER been more united. We will win!"

Republican National Committee Chairwoman Ronna McDaniel accused Pelosi of engaging in "the ultimate abuse of power" and predicted the move would help the GOP at the ballot box in 2020.

"Pelosi wants to negate the votes of 63 million Americans, all while denying President Trump due process," she said in a statement.

House Minority Whip Steve Scalise, R-La., accused Pelosi of not caring about "facts or truth" as he joined other Republicans in blasting the House speaker's decision to move forward with articles of impeachment.