Four Russian tourists reported missing on Wednesday have been rescued after they were found stranded on their kayaks in Trat province, Immigration Police chief Lt-General Sompong Chingduang said on Thursday (December 5).

“Officers at Trat Police Station got a call on Wednesday (December 4) that four Russian tourists had taken two kayaks and headed from Koh Chang to Koh Khum but still hadn’t come back,” he said.

“The tourists contacted their friends in Russia and got them to contact Thai authorities to send help, but they couldn’t act at that moment due to strong winds and high waves.”

Sompong said later on Wednesday that local fishermen had found two tourists on a kayak and rescued them, but the other two on another kayak were still missing.

“At 2pm on Thursday (December 5), Immigration Police used a helicopter flying around the area and finally found the other two tourists on their kayak stranded in the water,” he said. 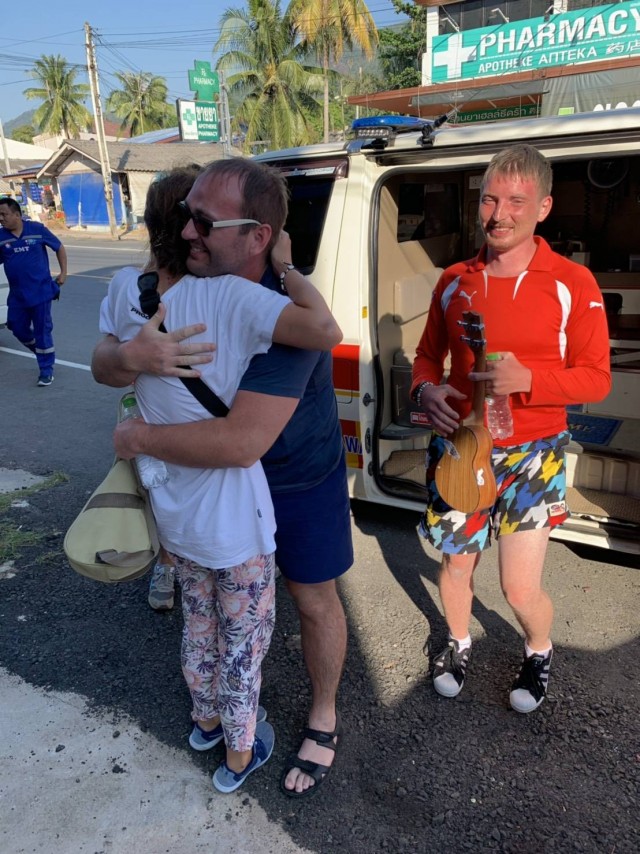 The Immigration chief also added that the tourists -- three males and a female -- aged 44-32, were safe although they were exhausted from lack of food and water.

The tourists were later sent to Bangbao Port in Koh Chang district where a team of doctors, Tourist Police and Immigration Police were waiting to provide medical assistance as well as food and water.