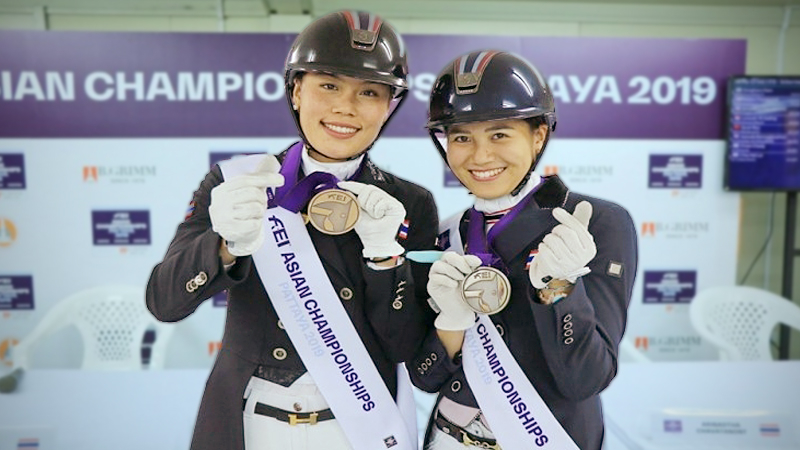 The ‘Freestyle to Music’ round is part of the individual dressage competition and sees the horses’ movements and figures choreographed to meet the technical requirements with music chosen to highlight the horse and rider combination.

Eight riders from Thailand, Indonesia, Taiwan, China, and South Korea took part in the event, which was won by South Korean rider Dongheon Nam, who earned a score of 73.919 and took home US$4,500. Pakjira Thongpakdi placed second with 70.663, and Arinadtha Chavatanont received the bronze medal with 69.769.

Another Thai rider, Apisada Bannagijsophon scored 66.231 on her stallion Samba de Orfeu and was ranked sixth.

The equestrian event, which kicked off on December 1 and continues through Sunday (December 8) is being held at the Thai Polo & Equestrian Club, Chon Buri province.