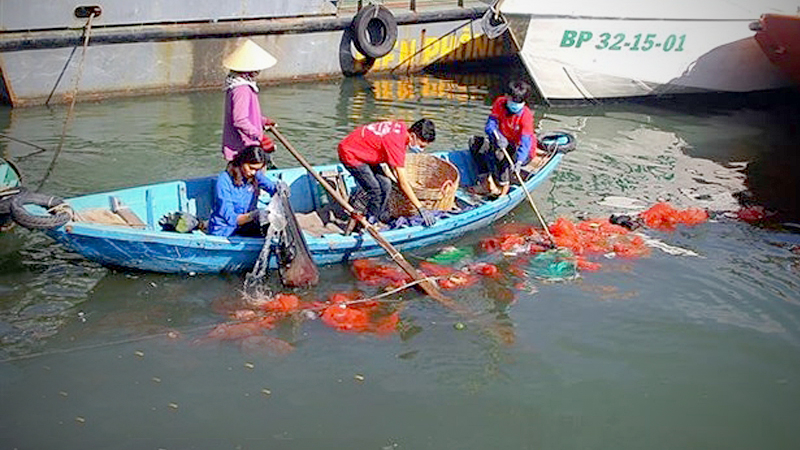 HÀ NỘI — Việt Nam aims to reduce plastic waste discharged into the sea and ocean by 75 per cent.

The country also wants to totally end the usage of disposable plastic products in coastal tourist attractions and resorts as well as the disposal of fishing gear into the sea by 2030.

The plan’s overall objective was to effectively implement commitments of Việt Nam to address plastic-waste issues, especially ocean plastic waste, and ensure the prevention of plastic waste discharge into the ocean, Phúc said.

Based on that, it would make Việt Nam become the pioneer in the region to reduce ocean plastic waste, he said.

The plan is also expected to contribute to the successful implementation of the National Strategy on Solid Waste Management by 2025, with a vision to 2050, also approved by Phúc under the decision No 491/QĐ-Ttg in May, 2018 as well as raise public awareness of the harmful effects of using disposable plastic products to the environment.

To do that, the national action plan has pointed out five major tasks.

Under the action plan, ministries and relevant agencies will monitor annually and every five years to assess the implementation of regulations on collecting and treating plastic waste in 12 island districts nationwide.

Việt Nam is one of the five countries dumping the most plastic waste into oceans, according to international organisations. The Ministry of Natural Resources and Environment estimated about 80 tonnes of plastic waste and bags are thrown away every day in the two cities of Hà Nội and HCM City.—VNS