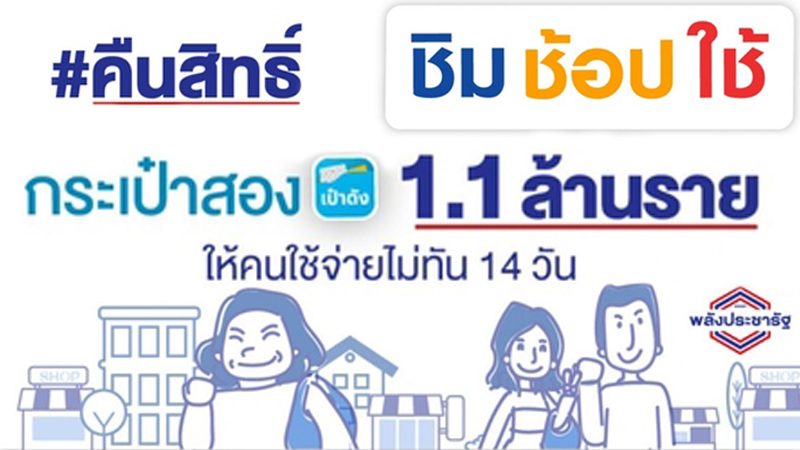 Pornchai Theeravet, adviser to the Fiscal Policy Office (FPO) and Deputy Spokesman of Ministry of Finance said on Friday (December 6) that those who registered under government’s “Eat, Shop, Spend” campaign but had not topped-up and spent the money in the 2nd wallet within 14 days and were thus disqualified from receiving the cash back reward will get a second chance.

“There are 1.1 million registrants who were disqualified under 14-day rule,” he said. “However, the Ministry of Finance will give them a chance to re-authenticate their registration and receive the right to cash-back rewards until January 31, 2020.”

“Please note that this second chance will give you only the cash-back reward from spending the money that you topped up, while the Bt1,000 giveaway will not be handed out again,” he said.

“To re-authenticate your registration, simply log on to Pao Tang application and input the mobile phone number and password that you used to register with the campaign,” said Pornchai. “Alternately, you can contact any branch of Krung Thai bank for assistance from staff.”

“However, you won’t get this second chance if you have changed phone number since the first registration,” added Pornchai.