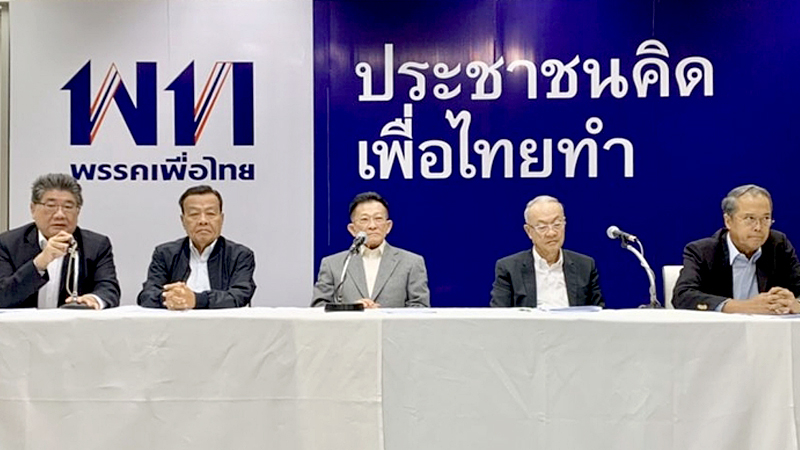 Pheu Thai Party declared yesterday (December 6) that it will appoint a committee to investigate its House of Representatives, who voted on Wednesday (December 4) to support the government's voting down of a commission setting up to study the impacts of National Council for Peace and Order’s actions and its use of power under section 44 of the Constitution.

The committee will start with an investigation into their actions before calling on the three to provide further information then present conclusions for consideration by party leader Sompong Amornvivat.

The whole investigation will take around 7 to 10 days. “If the three members are found guilty, they will be dismissed and prohibited from registering in the next election” said the party’s leader. “If they were found to have taken bribes, the party will forward their case for legal action.”

Khachit said that his vote was accidental. “I did not want to votedown the government’s motion or go against the party’s opinion” added he. “My voting ticket was stuck to the voting point. Staffs collected it and counted it as a supporting voice,” he said.

Meanwhile, Justice Minister, Somsak Thapsutin said that those who supported the government’s motion should not be called cobras, adding they may have chosen to vote that way because it was advantageous to the government.”

In addition to the three members of Pheu Thai Party, seven other opposition representatives voted in favour of the government, namely including two members of Future Forward Party (FWP), four of New Economics Party, and one fromf Prachachart Party.

Secretary-general of the FWP Piyabutr Saengkanokkul said that the cobras in his party should resign because FWP will not allow them to register in a next election. Moreover, the party’s executive committee will hold a meeting to consider this matter.