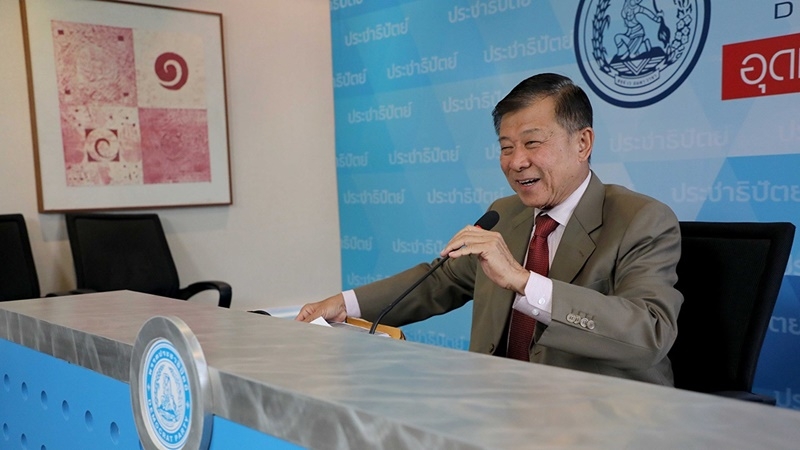 Wilas Chanpitak, former Democrat Party politician and the ex-chairman of the house committee on corruption prevention and suppression, told the press today (December 8) that the construction of the new parliament was way behind the schedule.

He added that he would be giving details of the case to the National Anti-Corruption Commission and the State Audit Office of the Kingdom of Thailand to inspect the process of construction.

Wilas added that the information was leaked by an official who alleged that certain contracts had been illegally extended, such as the infrastructure contract awarded to Sino-Thai.

Moreover, he believed that a fine of Bt12.28 million a day should be imposed and that an investigation is needed to find out whether Sorasak Pienvej, Secretary of the House of Representatives, offered special treatment to the contractor or not.