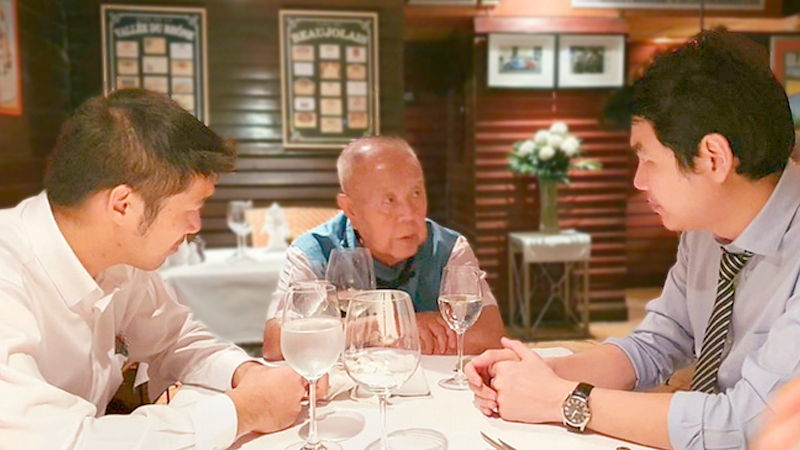 The three men had dinner together on December 2 and Sulak,centre, had posted on his Facebook page on December 3 a picture of the three sitting together in a restaurant.

Outspoken social critic Sulak Sivaraksa has clarified in a Facebook post that there were no motives behind his meeting with Thanathorn Juangroongruangkit, leader of the Future Forward Party, and Piyabutr Saengkanokkul, the party's secretary-general, on December 2. 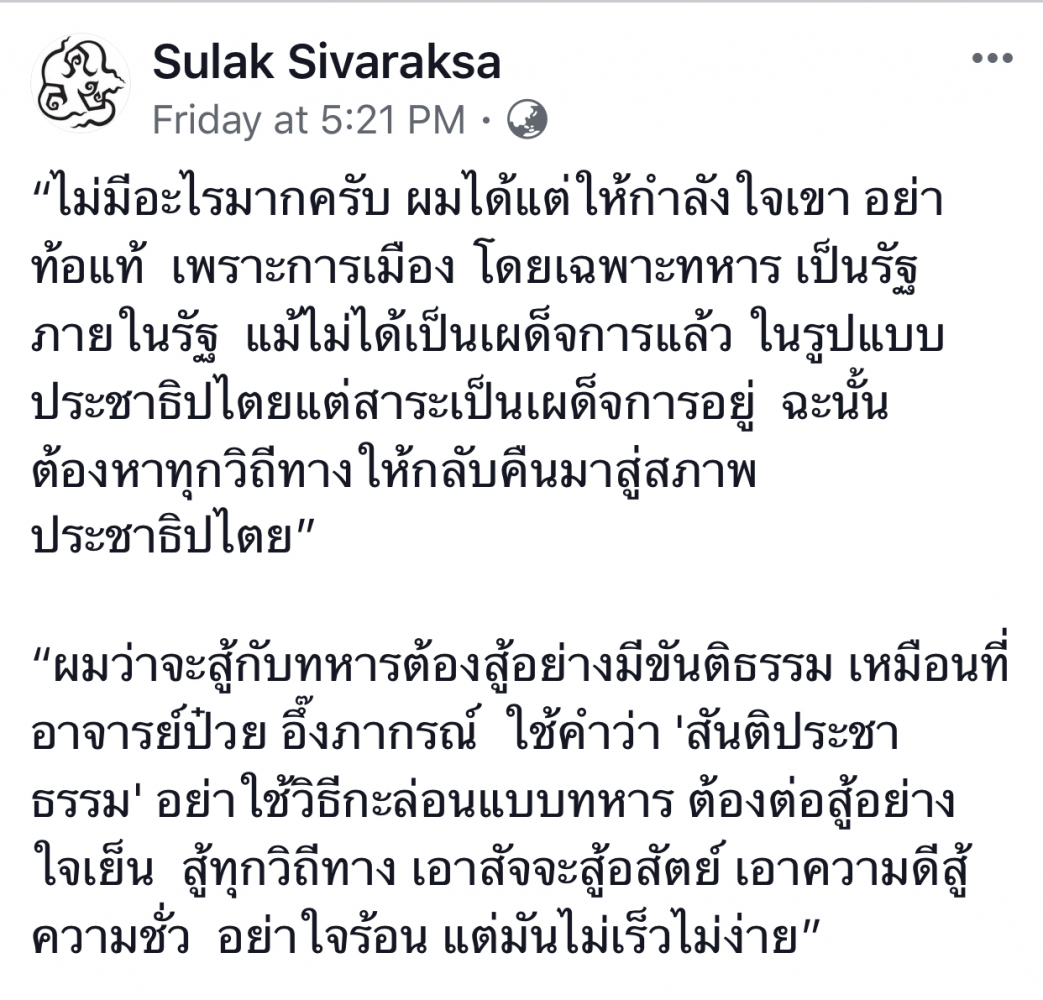 The three men had dinner together on December 2 and Sulak had posted on his Facebook page on December 3 a picture of the three sitting together in a restaurant.

Sulak's move comes after the Constitutional Court disqualified Thanathorn as a member of the House of Representatives on the grounds of holding a stake in a media company.

Sulak said that there was nothing special about the meeting and that he just wanted to offer moral support to the two men.

He also said that Thailand was still under the control of the military despite the country holding a general election in March.

“Thai political form is democracy but the essence is dictatorship,” he wrote.

He suggested that Thanathorn and Piyabutr remain patient and use peaceful means to fight the military's meddling in politics.

Another prominent political figure of the past also came into the limelight: former prime minister Anand Panyarachun came to listen to Thanathorn give a talk on Thai politics at the Foreign Correspondents’ Club of Thailand on December 2.

Sulak's and Anand's moves have been interpreted by many as an important political signal.

Anand had long distanced himself from politics, while Sulak has often come out to voice his support for Thanathorn, Piyabutr and pro-democracy activists at crucial events.

The Election Commission will meet on Wednesday to look into whether Thanathorn had violated the law by lending Bt191 million to his party. Some have speculated that the latest case could lead to the banning of his party and its executives being banned from politics for 10 years.