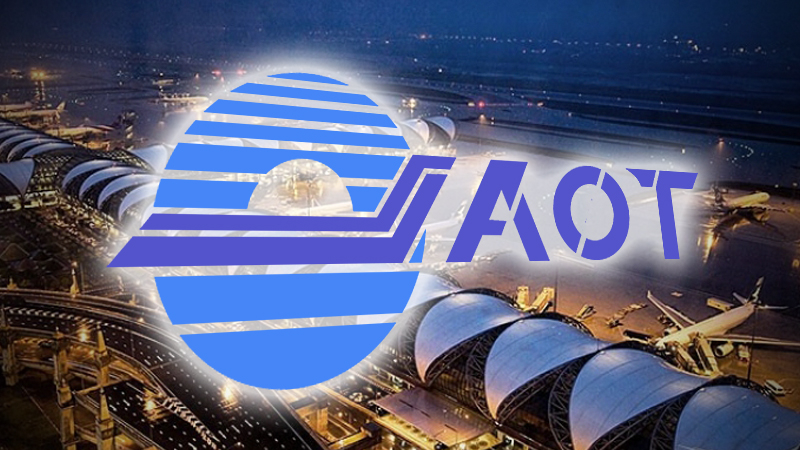 The proposal by government that could force Airports of Thailand (AOT) to share its departing passenger fee with the Department of Airports caused AOT’s stock price to drop to Bt72.5 yesterday (December 9), the lowest in the last two months, before closing at Bt73, 2.99 per cent down from the previous day.

Capital Nomura Securities views that the risk of such a policy being introduced would have a negative effect on AOT’s net profits and target prices next year, which could drop by 3-8 per cent and 3-6 per cent respectively.

Legal interpretation is pending at the government legal adviser, the State Council, will rule whether the AOT has to share part of its revenue with the Department of Airports as a contribution to the Department’s revolving fund.

However, if the government uses the Airports’ revolving fund efficiently, then the Thai airline industry will enjoy higher competitiveness, said Capital Nomura.

The results of the legal interpretation will have an impact on net profits and the target price of AOT shares.

If the government orders AOT to share 5 per cent of its revenues with the Department of Airports’ revolving fund, then it could send net profits and target price down by 3-4 per cent and 3 per cent respectively.

If the government forces the AOT to share 10 per cent of its revenue with the Department, it would cause net profits to go down by 6-8 per cent and lower the price of AOT shares by 6 per cent.

According to Investment Analysts Association (IAA ) consensus of 17 brokerage firms, analysts expected that AOT’s earning per share would be Bt2.04, a 14.9-per-cent rise next year, the average share price would be Bt83 based on 42 times price-to-earnings ratio (P/E) and the dividend is estimated to be 1.3 per cent.