“Moreover, since October we have been piloting a new project called ‘CP Fresh Mart Ma Kep’, aiming to teach the right way of separating household waste for recycling in the communities around our retail shops,” he said. “The pilot shops are Yenjit , Sathorn 11 and Sathorn Condo branches, where customers can bring in 50 pieces of recyclable waste and get 10 free eggs every Wednesday between 1-4 pm.”

The project is being implemented in collaboration with GEEP, a Thai start-up with expertise in recycling and waste management. “The project has been well received by customers and we are planning to expand it to other branches in the near future,” he added.

Furthermore, to prepare customers for next year’s no plastic bags policy, CP Fresh Mart has organised several campaigns since the beginning of the year including not giving out of plastic bags on Wednesdays, selling thermos bags at a special price, as well as buying plastic bottles and recyclable waste at selected branches in Bangkok and the surrounding area.

“CPF is planning to stop using all plastic packaging by 2025 in Thailand, and by 2030 in other countries,” said Chaiyut. 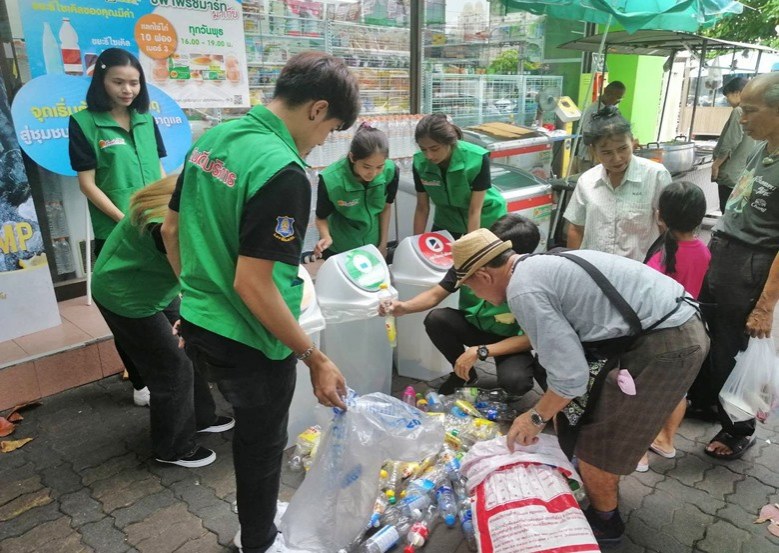